Full Bio
Posted in All About Microsoft on August 30, 2016 | Topic: Productivity

Microsoft has an Office Insider testing program that shares a number of similarities with its Windows Insider program, but one difference between the two has been scope.

Today, August 30, Microsoft disclosed it would be adding a Fast Ring option to its Office Insider program for users on other platforms, beyond Mac OS. 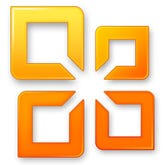 Office productivity software no closer to becoming a commodity The data from Forrester's new report on the state of adoption of Office 2013 and productivity suite alternatives reveals some key takeaways.

"Coming in the next few days," Microsoft will add a new level, Office Insider, for Windows desktops and Windows 10 Mobile, according to a blog post on the Office Blogs site. Microsoft also plans to add Fast Ring Office Insider support for those running Office on Android and iOS "soon," the post said.

"The Fast level provides even earlier builds of Office, more frequently. In fact, these builds are what Microsoft employees have access to internally. Office Insider Fast is best for Insiders who want to use the earliest preview builds to identify issues, provide feedback to help make Office great, and who don't mind a bit of risk using unsupported builds," explain officials in today's post.

Microsoft also is adding contact card support to Outlook on the Web (for commercial users), and later to SharePoint Online and OneDrive for Business.

Join Discussion for: Microsoft is extending its Office Insider...