Full Bio
Posted in All About Microsoft on January 21, 2016 | Topic: Mobility

Microsoft has opened the gates for Office for Mac users who are willing to be testers for certain new features as part of the Office Insider program.

Microsoft officials said on January 21 the Office Insider program which the company made available to Office for Windows and Office for Android testers late last year is now available to Mac users, too.

(Microsoft actually opened the Office Insider program to testers a couple of weeks ago, officials told me when I asked. But they only blogged about it today.)

Users can opt-in to the Office Insider for Mac program from the Microsoft Auto Update (MAU) tool on their Macs. More information is available at Office.com/insider. 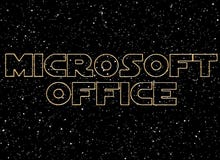 The rollout of the above-mentioned features will be staggered, and delivered "over time" as part of the regular Office 365 updates. The iPad and iPad Pro updates to the Office apps are getting the new capabilities today. Office Insiders running Office 2016 on Windows, Office Mobile on Windows tablets and Office on Android tablets will get them "in the coming weeks."