Microsoft is confirming that a firmware update the company released on July 13 is meant to fix the hibernation/sleep bug reported by some owners of the newest Surface Pro devices.

Microsoft rolled out a firmware update for the Surface Pros yesterday, July 13, that was labeled as revising system power reporting. There is/was no additional information about what that meant.

But on the Microsoft Answers thread about the Surface Pro 2017 random hibernation problems, Microsoft provided an update on July 14 as to what's in that firmware update.

"7/14 Update: The fix for this issue has completed testing and is now live, please go update your Surface Pro via Windows Update to get the latest download. You can obtain this fix by checking Settings > Update & security > Windows Update," said Microsoft representative "BryanH."

On July 10, Microsoft officials said they had identified the issue causing some users' Surface Pro machines to randomly hibernate/sleep. Officials said at that time they were testing a fix for it which they'd deliver via Windows Update. On July 12, BryanH said on the Microsoft Answers forum that Microsoft had not yet included the fix in the latest bunch of updates delivered this week on Patch Tuesday.

Microsoft introduced the newest member of its Surface family, the Surface Pro -- which it is positioning as its "most versatile laptop" -- in late May. The device is the successor to the Intel-based Surface Pro 4.

Some unknown number of Surface Pro users began reporting in late June that they were having hibernation/sleep issues with the new devices.

This isn't the first time Microsoft Surface devices have been affected by power issues. 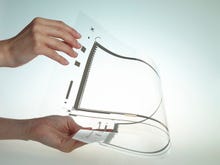