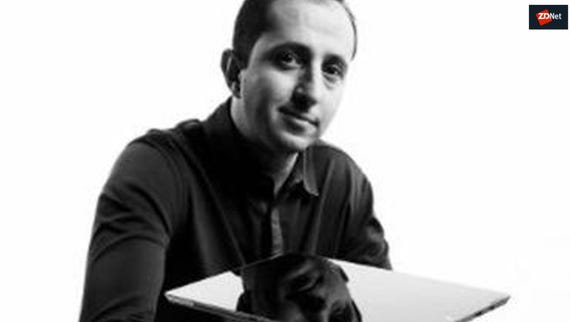 Microsoft is providing its first public look at its second-generation Surface Hub 2 conferencing system, in the form of a video and a blog post.

The Surface Hub 2, which Microsoft will begin testing later this year and ship some time in 2019, is the successor to Surface Hub 1, which launched in March 2016.

"We are still building the device," said Robin Seiler, general manager of hardware engineering for Surface Hub, in a conversation I had with her yesterday. She said Microsoft is starting to provide details today, May 15, because Surface Hubs have a long purchase cycle.

Surface Hub 2 looks a lot sleeker and more portable than Surface Hub 1 and was built for "immersive collaboration," Seiler said.

The Surface Hub 2 will be a 50.5-inch, 4K+ device with a 3x2 aspect ratio that can be used in portrait or landscape mode. Each panel will be roughly between 55 and 77 pounds (25 to 35KG), Microsoft officials said. Up to four of them can be "tiled," side-by-side (in portrait or landscape), with a different app or service running on each panel (as shown in Microsoft's video clip of the device, which is embedded in my post, below).

The Surface Hub 2 will include 4K cameras that rotate with the device and integrated speakers and far-field mic arrays. And Microsoft is working with Steelcase to make rolling stands and mounts.

Microsoft's Surface team is obsessed with hinges. The one on the Surface Hub 2 takes some cues from those on Surface Studio and Surface Book, said Seiler, but is still unique, as it is designed for "dynamic rotation." This means it has to rotate smoothly and stop precisely.

Under the covers, Surface Hub 2 will run Microsoft 365, which means Windows 10, Office 365 and Enterprise Mobility + Security. It also will include Microsoft Teams group chat app and Microsoft Whiteboard.

When I asked Seiler more about the version of Windows 10 that will power Surface Hub 2, she said "Windows 10 is what it's built on," and wouldn't go beyond that. There have been rumors that the Surface Hub 2 will be one of the first Microsoft devices to have the Windows 10 Core OS at its center, along with a new type of composable shell, but Seiler wouldn't comment on that.

Surface Hub 1's operating system is called "Windows 10 Team" and based on Windows 10 Enterprise, but customized with some features unique to the device.

Seiler said "dynamic collaboration" is what will set the Surface Hub 2 apart from other similar devices. Multiple users will be able to authenticate in a single workspace, enabling them to simultaneously access, collaborate on, and save a single shared document stored in the cloud.

Microsoft showed off this concept years ago in one of its futuristic "envisioning" videos. In that video from 2015, Microsoft also showed users pushing and pulling content from a centralized hub to their individual PCs and other handheld devices with a flick-like gesture. When I asked Seiler if users would be able to do this kind of cross-device content sharing with Surface Hub 2, she would only say "you can manipulate content from a variety of devices."

Seiler said Microsoft will be providing more details about Surface Hub 2 over the coming months.

Join Discussion for: Microsoft provides a peek at 50.5-inch Surface...