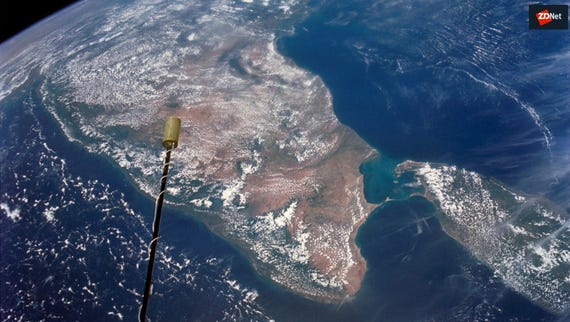 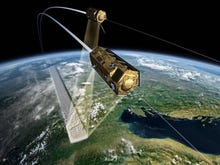 At my home in Asheville, NC, I have 300Mbps broadband Internet. But back where I'm from in Calhoun County, WV, landline broadband maxes out at 20Mbps for twice the price. The United States is a country with Internet haves and have-nots. And, if you live outside of the cities, odds are you're a have-not.

While President Trump has signed a pair of executive orders, which claim to bring broadband internet service to the countryside, the reality is neither order does any such thing. The Republican-run Federal Communications Commission (FCC)'s solution to bringing broadband to rural areas was to redefine broadband as being 10Mbps down and 1Mbps up from the FCC's 2014's 25Mpbs down and 3Mpbs up.

Also: Think your Wi-Fi's faster than mobile internet? Not in these 33 countries

But Senate Republicans, such as Senate Commerce Committee chair Sen. John Thune, pushed back. Thune wants more funding for rural internet. As a result FCC chairman Ajit Pai has gone back to supporting 25/3Mbps as the goal with an additional $500-million in funding for rural bandwidth,

I'll believe it when I see it. The real future for rural broadband expansion comes from three technology companies with very different plans.

First, SpaceX's plan to launch hundreds of satellites -- Starlink -- to deliver internet around the globe from Low Earth Orbit (LEO) has been approved by the FCC. Starlink will provide a satellite network to deliver "high-speed, reliable, and affordable broadband service" to consumers in the US and across the world.

Unlike existing satellite internet networks, such as HughesNet which currently tops out at 25Mbps and has high-latency, Starlink is designed to deliver 1Gbps speeds with low-latency.

With SpaceX's most recent launch putting 64 small satellites into LEO, which the company called the largest-ever "ride share" mission by a US-based rocket, SpaceX is well-placed to launch Starlink.

Also: In farm country, forget broadband. You might not have internet at all CNET

Starlink isn't the only one who wants to bring broadband to the countryside. Microsoft President Brad Smith sees the government's "inability to build out the last mile of the 21st century's digital infrastructure" as exacerbating "the country's growing prosperity and opportunity divides -- divisions that often fall along urban and rural lines."

We can't solve a problem that we don't understand. There is strong evidence that the percentage of Americans without broadband access is much higher than the FCC's numbers indicate. We've seen this over the past 17 months in many places and in many ways, including by talking directly to the people who live in rural America.

Smith thinks the government should both report accurate data and change how it spends money on rural internet. Instead of spending most of the money on fixed lines, fiber-optic cables -- a solution that costs at least three to four times more than wireless technologies -- the government should fund incentives for TV white spaces devices. Smith emphasized, "None of this funding would go from the government to Microsoft, but it would be available to the telecommunications partners whom we are working to assist."

Speaking of white space, T-Mobile already has plans for some of it with its 600 MHz (Band 71) Extended Range LTE 5G. When we talk about 5G we usually focus on the tasty items such as gigabit per second or better bandwidth. The truth is that the more meat-and-potatoes of white space 5G may prove much more useful for rural users.

T-Mobile 5G uses the white space bandwidth formerly used by channels 38 to 51 on old-school UHF-based TV. With this and its range of square miles, T-Mobile promises to make speeds of 100Mbps or faster available to 90 percent of Americans. By 2024, customers will see average speeds jump 15 times over current speeds. That means we might see average rural speeds of 450 Mbps.

So, thanks to private companies and updates to existing technologies people back in my home state of West Virginia and other rural areas may finally see real broadband speeds. With their economies mired in 20th century technologies, it can't come soon enough.