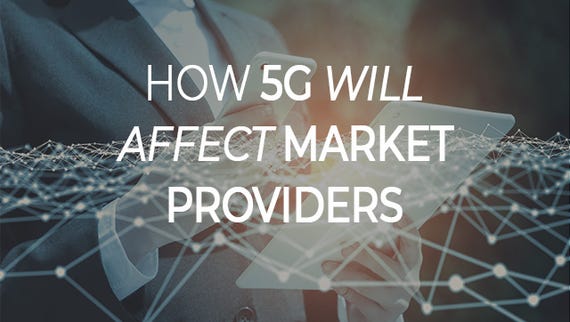 Samsung and Verizon are planning to launch one of the first commercial 5G smartphones in the first half of 2019 as Apple will reportedly hang back until 2020. AT&T will also launch a 5G device with Samsung.

The big question is whether the 5G upgrade will matter in the smartphone market.

AT&T followed up with a similar announcement. AT&T is also focusing its 5G efforts on business customers as well as consumers. AT&T has installed 5G infrastructure in 12 markets so far.

For Verizon and AT&T, being early with a 5G device is critical as is its early 2019 launch of services. 5G networks will be faster than 4G and be easier to manage for wireless carriers. Less latency and more speed offers a lot of options for new services, edge computing and Internet of things deployments. Simply put, it helps to have a flagship partner to highlight how 5G will boost the wireless experience.

Also: What is 5G? Everything you need to know about the new wireless revolution | Wiring for wireless: 5G and the tower in your backyard | Palo Alto Networks to launch next-gen firewall for 5G networks | On a roof, inside London's 5G mobile trial

As Samsung makes it clear it's going 5G early, Apple will reportedly take a different approach, according to a Bloomberg report. Historically, Apple has waited for standards, networks and efficiency gains to be ironed out. Apple's iPhone lagged in 3G and 4G services relative to the Android crowd. The delay didn't matter then, and it's unclear whether it matters now. CNET noted that details on 5G devices have been vague at best.

The 5G push for 2019 will be led by Android devices makers. Huawei, Samsung and others are going to push 5G. Here's a look at the moving 5G parts and factors to consider when pondering the Samsung vs. Apple race.

Low-cost, high-capacity SSDs will be the extinction of the HDD. The new Samsung 860 QVO brings us one step closer to that extinction.

Samsung Electronics has applied its artificial intelligence (AI) algorithms to its imaging devices that will assist diagnosis of radiologists.

Join Discussion for: Samsung plans to be early with 5G support:...