The new Surface Pro with LTE Advanced brings cellular wireless connectivity to the convertible tablet/laptop, offering speeds of up to 450Mbps.
Written by Nick Heath, Contributing Writer on Oct. 31, 2017 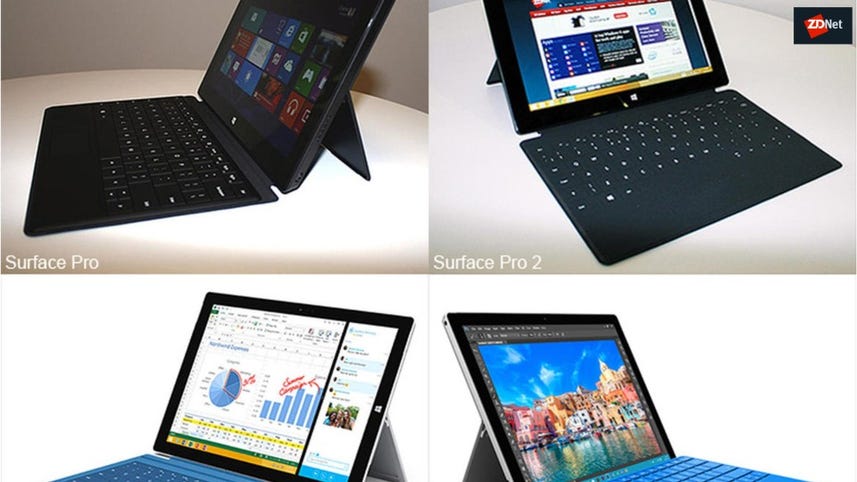 Microsoft has revealed a new version of the Surface Pro with always-on internet capable of superfast downloads.

The Surface Pro with LTE Advanced brings cellular wireless connectivity to the convertible tablet/laptop, offering speeds of up to 450Mbps.

"When you want the ultimate in versatility and still want performance to move you forward, we bring the new Surface Pro," said Microsoft's hardware chief Panos Panay, speaking at Microsoft's Future Decoded conference in London.

The LTE version of the Pro uses a Cat 9 modem with support for 20 cellular bands, and is expected to work with a wide variety of 4G networks worldwide, rather than being limited to networks within a specific region.

The new machine has a seven-antenna Qualcomm X16 Gigabit Class LTE modem, which is integrated directly onto the motherboard to optimize its responsiveness when recovering from sleep and hibernation modes.

Microsoft is saying the battery life when using LTE will be the same as when using Wi-Fi, but hasn't yet completed the benchmarks.

Sales of Microsoft hardware have been up and down in 2017. While sales of Surface tablets and laptops slumped during the quarter ending March 31 this year, with revenue falling 26 percent year over year to $831m, they were up 12 percent year over year for the most recent quarter, a rise that Microsoft attributes to the release of the Surface Laptop.

Today devices like the Surface Pro don't stand out from competing laptops as much as they once did, due in part to the success of Microsoft in pushing computer manufacturers to follow its design lead and release 2-in-1 laptop/tablet convertibles.

The enterprise-focused device will begin shipping to businesses from December 1.

We examine the facts and figures behind Microsoft's recently announced Surface Pro 4 and Surface Book devices.

Still a Pro, despite an unadventurous update.

Google Pixelbook is great, but the iPad Pro 10.5 does more for less

The Google Pixelbook is fantastic. However, the Apple iPad Pro may be a better device for mobile computing at a lower price with more functionality.