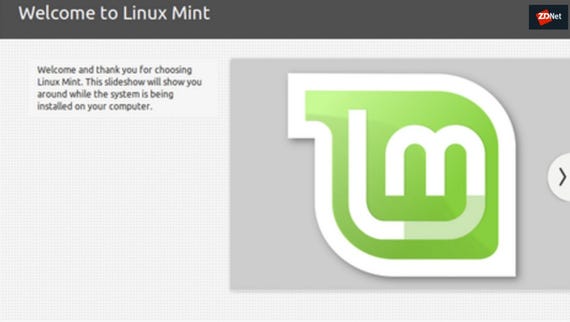 Linux Mint: The right way to react to a security breach

The Linux Mint developers have posted a summary of their reaction to the recent compromise of their distribution image. It provides an excellent example of what to do in such a situation.

I've been using Linux Mint for years now as my main desktop. And, every year that goes by, it keeps improving. With Linux Mint 18.2, the free, open-source desktop has only gotten better.

Once more, Mint's Cinnamon interface with its classic windows, icons, menus, pointers (WIMP) interface is simple and easy to use even if you've never touched Linux in your life. Cinnamon 3.4.3's look and feel has a crisp, clean appearance with easy to read fonts and colors that you can easily adjust to your heart's content.

While the new Cinnamon interface looks and works the same, under the hood it has many speed improvements. These include splitting the settings daemon and the Nemo file manager into multiple processes. In addition, the Cinnamon JavaScript Interpreter (CJS) has been re-based on a newer version of GJS, Gnome's JavaScript binding, for improved performance and memory usage. The result is a faster, more stable, and easier to debug desktop.

Behind Cinnamon, the Mint team has also switched to the Light Display Manager (LightDM). This is a cross-desktop display manager. It supports the most important Linux display technologies (X Window, Mir, and Wayland). Besides making the desktop launch faster, it also supports remote, guest sessions.

The Mint and Cinnamon crew have also been improving Cinnamon's "spices" integration with the desktop. These are the interface's themes, applets, and extensions.

Last but not least, for the desktop, Cinnamon now supports a grid. This makes organizing the onscreen icons much simpler.

Mint's update manager has also been improved. Mint's update manager ranks patches on a 1-to-5 scale. Most updates come in at level 2. Application updates that do not impact the operating system are level 1. Toolkits and desktop environments or libraries which affect multiple applications are level 3. Kernels and sensitive system updates are level 4. Level 4 updates are usual kernel-related and tend to be optional. Level 5 is extremely rare and not often used. It's dedicated to flagging dangerous or broken updates.

This version of Mint is a long-term support version. It's based on Ubuntu 16.04.

As for the operating system itself, Mint ships with Linux-firmware 1.157.10 and the 4.8.0-53 Linux kernel. If you want to, you can upgrade it to the 4.10 Linux kernel. There's little reason to do this unless you want to run cutting-edge Linux.

For applications, Mint is sticking with its usual suspects. These include LibreOffice 5.1.6.2 for the office-suite; Firefox 54.0 for the web browser; Thunderbird 52.1.1 for the email client; and GIMP 2.8.16 for graphics editing.

You can, of course, add your pick of programs. For example, I'm using LibreOffice 5.4, Chrome 60, and Evolution 3.18.5.2. Like all modern Linux distributions, adding new software is simply a matter of click and run.

In short, Mint will run well on pretty much any x86 hardware you have in your home or office. It will run better on newer computers, but you don't need speed to enjoy running it.

Like all desktop Linux distributions, Linux is far more secure than Windows. True, Linux has its security problems, but Microsoft claims Windows 10 security is "so good, it can block zero-days without being patched," and that's crap. Just months after WannaCrypt hit, Microsoft patched 48 separate Windows vulnerabilities -- the majority of which were the highest "critical" rating. Windows security is an oxymoron.

If you want a top-notch desktop that's also secure, try Linux Mint. You can be up and running with Mint in under 10 minutes. Want to try it first? You can do that too with Mint on a live USB.