Full Bio
Posted in Between the Lines on January 31, 2018 | Topic: Artificial Intelligence 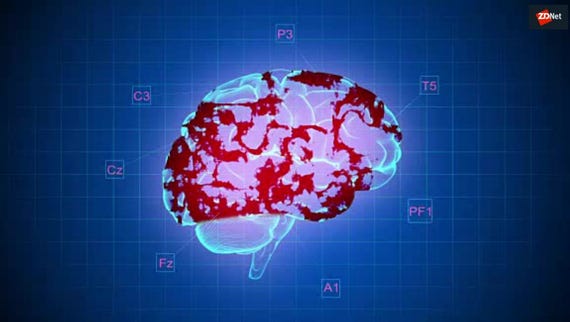 Perhaps the biggest takeaway from the structure of MIT IQ is that artificial intelligence needs to be a team sport to develop breakthroughs. MIT IQ is an effort to break down multiple research silos across the institute to rally around human and machine intelligence.

The development of new algorithms will require new approaches across multiple disciplines. One question would be: What can we learn from baby development to apply to artificial intelligence?

MIT IQ will require "100s of millions" of dollars in funding and the institute is looking for industry partners. MIT already has a partnership with IBM.

Chandrakasan said for AI to truly advance you'll need multiple disciplines that are linked together. The idea would be to bridge new algorithms with technologies and platforms. "We will teach more students in the use of AI tools," he said.

MIT IQ will feature two linked efforts. The first unit, dubbed The Core, will look to develop machine-learning algorithms. The Core will advance science and engineering of both human and machine intelligence with a heavy dose of computer science.

A second unit, called The Bridge, will be dedicated to applying MIT discoveries in natural and artificial intelligence across multiple disciplines. The Bridge will be the part of MIT IQ that provides technologies, platforms, infrastructure, education and data sets.

Here come all the AI deployments; Now how do we manage AI? | Does your business need a chief AI officer? (TechRepublic) | Machine learning: The smart person's guide | Leader's guide to the future of artificial intelligence (Tech Pro Research)

The structure is designed to address the reality that MIT has 250 faculty already working on AI, but not collaborating as well as they could be. "AI will change work in every field," said Reif.

For the enterprise, MIT IQ's structure is worth noting since it highlights the impact of combining multiple disciplines in AI. Enterprises primarily revolve around developing products and optimizing profit and sales, but will also need to expand the AI reach across functions.

While there will be a lot of AI research in industry, MIT has a role in thinking bigger and advancing the core research that won't result in profits right away, said Reif.

What can we learn from a baby?

This reverse engineering approach by nature will need multiple disciplines. For instance, Tenenbaum said cognitive science and brain research will have a role in AI.

Tenenbaum said the aim will be to "develop a machine that learns like a baby and then a child." He explained how AI starts off as a blank slate and then learns patterns and data. Babies start with a genetic head start and a structure that allows them to learn more than data and patterns.

"A three month old baby is smarter than any AI system ever built," said Tenenbaum. "Children are lifelong learners and build layers of intelligence. Machine learning systems don't do it that way."

Tenenbaum said his group will need to work with The Core and The Bridge units within MIT IQ. To build a machine that can learn like a human will touch everything from algorithms to brain research to robotics.

Reif said societal impacts need to be addressed every step of the AI journey. "AI will be a dominant source of new wealth and inequality," said Reif. "I strongly believe that getting this right is among the most important challenges of our time."

He added that both the optimism and fear about AI are "evident and justified."

Rus added that addressing ethics will be about more than an algorithm. Addressing societal impacts will mean thinking about the consequences of research every step of the way.

She noted that there will also need to be a lot of partnerships and policy discussions among government and business leaders.

"If we are going to advance the field we have to use AI in a way that will benefit society," said Reif.