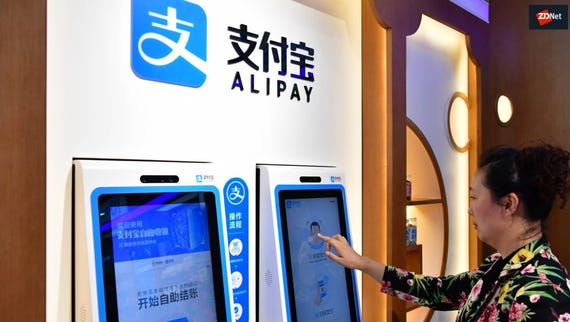 The popular Chinese mobile payment service provider -- which has been actively extending its services to global destinations after its domestic market has become an almost cashless society -- said Bicester Village outlet shopping centre in the United Kingdom, Dotonbori commercial zone in Osaka, and Australia's Sydney Airport are the top three popular destinations among Chinese consumers, with mobile payments through Alipay increasing by 90-fold, 70-fold, and 55-fold, respectively, during the week, according to a Sina news report.

Other destinations including France, Thailand, Canada, Malaysia, Italy, the United States, and South Korea appeared in the top 10 list revealed by Alipay on Sunday.

Average usages of Alipay in the listed destinations have surged by tens of times this year, the report said.

Prior to the holiday, the mobile payment service provider had also unveiled "40 outbound destinations without wallets", which included the 10 most popular airports, commercial areas, and outlets.

Also see: Wearable payments: A gimmick that might take off

Alipay and Tencent Pay, the two dominating Chinese mobile payments controlled by Alibaba and Tencent, respectively, have been actively mapping out plans to extend their services to overseas markets as the domestic market has become saturated.

The two service providers controlled 54 percent and 40 percent of the market in the first quarter this year, earlier research showed.

Meanwhile, the number of Chinese outbound travelers is a surging trend over recent years. According to a yearly tourism report released in June, China has seen its outbound market reach 131 million people in 2017.

Shopping without cash has also become a trend among Chinese consumers, as a Nielsen survey indicated that 90 percent of Chinese travelers said they prefer to make payments with mobile phones as it is more convenient and secure, which could also save more money due to the promotional activities, according to Sina news.

Using a mobile phone to make payments is also not only popular among younger generations, with Alipay data showing that mobile payments made by people born in the 1960s reached 90 percent during the week-long holiday.