Mobile tech has advanced at a rapid pace the last few years, but has slowed down recently to let us catch up. The major players are firmly entrenched in mobile, and with only a few hours left in 2014 it's time to look forward to see what they might have in store for us next year.

Android is the 800 pound gorilla in every room, and next year will see that continue. Google will keep Android on a steady course as it has in the past. Android has matured to the point that it's not likely we'll see a big jump in 2015.

That doesn't apply to Android One, Google's initiative to get low-cost (eg $99) Android phones into emerging markets. In 2015, expect to hear about new Android One partners in India and other emerging markets. These won't make much of a profit, but in large numbers will cement Android's number one position in smartphones.

Next year's version of Android, Maple Syrup or whatever Google calls it, will probably expand on the material design of Lollipop. It's not likely we'll see a big change in the look and feel of Android next year as the design of Lollipop has already gotten both phones and tablets modernized.

Google will continue the Nexus line with a new smartphone and tablet, but neither will have a wow factor. It will be slow and steady for Nexus next year.

Samsung will continue floundering in 2015, releasing tablets all year and a new flagship smartphone or two. It will start the year still reeling over the lack of enthusiasm in the market for the Galaxy S5, and it will likely try to avoid that with next year's model.

The Galaxy Note line will continue with evolutionary new models. Samsung has hit the wall with what it can do with this line.

The Galaxy Note Edge phone pushed the envelope for phones in 2014 with the innovative display on the edge of the handset. It hasn't resonated with the buying public; however, yet the company will probably try it again. Don't be surprised if Samsung brings the edge display to a tablet of some kind next year.

Other major Android device makers will continue with the big phone thing and we should see evolutionary phones and tablets in 2015. There's no foreseeable jump in the technology and it will lead to largely minor improvements over current devices.

One area of the Android space that will be fun to watch next year will be the Nokia factor. I predict we'll see Nokia, the company separate from Microsoft, produce at least one Android tablet. Nokia should make innovative offerings that include its own software, and its devices will be different from all the rest of the Android gadgets we'll see next year as a result.

We should see the adoption of Chromebooks continue to grow in 2015, as current owners and organizations using them spread the word. Low prices will make the decision to buy the Chromebook just as attractive next year as it did in 2014.

The Chromebook won't likely change much next year, but the hardware will evolve to the point that the low prices will get much more bang for the buck. We will probably see more Chromebooks with touch screens, and a bigger selection of larger display models.

There are two things I believe we have a good chance to see in 2015. I wouldn't be surprised to see a tablet hit the market, and it will likely be called the Chromepad. This will be testing the waters to see how well a tablet running Chrome OS will be received.

Google should be particularly interested in how enthusiastically the education sector might react to a Chromepad. The Chromebook is gaining traction in schools, and having a Chromepad will allow Google and its partners in Chrome to compete with the iPad.

I also think we might see Google work with a partner to produce a high-end Chromebook like the Pixel. It's been a couple of years since the Pixel, and since we've not seen a refresh of that laptop it may be an indication that Google doesn't want to do its own hardware again. Working with a partner as it does with its Nexus device line would let it concentrate on design and features, then turn it over to an OEM to manufacture it.

The new Pixel (I vote to call it the Pixelator) would have to come down in price from the original, yet retain the premium design element. Expect it to offer integrated LTE like the first one, and to retain the beautiful high-resolution display.

Next year we'll probably see another iPhone and iPad that are only slightly better than this year's models. Apple will likely milk the iPhone 6 features with next year's phone.

We should see the same tactic with the iPad Air. It's not really practical to make an iPad that's thinner, as it's already pushing the limit. Any thinner and the tablet will be fragile. We will probably see system RAM increased in the new iPad which will make it run better and aid in the increased role the iPad is assuming for work purposes. 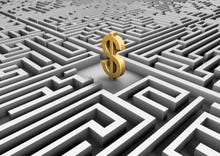 While I would love to see Apple release a Surface-type keyboard cover for the iPad, it's not likely. The folks in Cupertino seem happy with others making accessories for its products and won't likely rock the boat.

The never-ending rumors about a large (12-inch) iPad will probably turn out to be just that again in 2015. I don't believe a large iPad is in Apple's DNA.

Instead, I think the company will continue to grow Apple Pay and focus its efforts on the Apple Watch. It's apparent that Apple intends to give the watch a big push to make it successful, and will devote resources that won't be available for other products.

What the Apple Watch will do in 2015 is kick-start HealthKit into high gear. Expect to see it get additional health monitoring, accompanied by a flood of third-party accessories that interface with all of Apple's products, especially the watch, designed to track every aspect of your life.

The folks in Redmond have been moving at a dizzying pace of late, and predicting what we'll see in 2015 is not an easy feat. We'll see Windows 10, and that will help get over the debacle of Windows 8.

Windows 10 should be the OS from the new Microsoft that starts enticing some enterprises to upgrade. That will give the company the traction it needs going forward in mobile. On the flip side, the fact that Windows 10 is expected to be the last major version of the OS may intimidate other companies who are uncomfortable with the new upgrade process of the future.

We'll likely see an upgraded Surface Pro tablet, and I predict the hardware will see a modest improvement. The biggest step from the current Surface Pro will be a step down, and that's in price. Microsoft needs to get the price as low as possible, and I won't be surprised if they do that.

Partners will continue to pump out Windows hybrid computers, those that function as both a laptop and a tablet, but the buying public will probably not like them any more in 2015 than they did this year. Most prospective buyers typically want larger displays on laptops but the opposite on a tablet. That won't change, so don't expect sales to jump in 2015.

Windows Phone will also continue to evolve in 2015 on its way to come closer to merging with Windows 10. Next year will probably be too soon to get the two OSes totally in sync, but it's getting closer. It will be a push forward when apps are fully interchangeable between the phones and Windows tablets.

This year wasn't too kind for Amazon's first smartphone, and I don't expect the company to repeat the debacle. I predict Amazon will let the Fire Phone die quietly, and keep working on its tablets.

CNET editors bring you complete coverage from the 2015 International CES, and scour the showroom floor for the hottest new tech gadgets around.

We shouldn't see big bumps in the hardware of the Fire HDX tablets; rather Amazon will keep selling as many of them as possible. Thus, hardware improvements in 2015 will be minor, and the company will add features to push its Prime service.

Amazon will continue to play with the Echo, and -- make no mistake -- that's what it is doing with it. The slow rollout seemed to be controlled to let the company figure out what it was going to do with it. In 2015 Amazon will add more features and interaction with owners.

Next year will be like most others, with mobile tech making incremental improvements. Major players in mobile will continue to pump out phones and tablets which have little to differentiate them from the pack.

From time to time a device will appear with one feature that pushes the envelope, and while these will strike the fancy of some buyers, they will largely fall by the wayside in the marketplace.

The Consumer Electronic Show will unveil lots of new mobile gear, but as is usually the case most won't appear until late in the year, if at all. The techerazzi will get all aglow over this new tech, but the reality is most of it won't get the public's money.

Crowd-sourcing outlets like Kickstarter will continue to launch innovative mobile gear, but as in the past this won't get it out in the mainstream. These projects will continue to demonstrate that those behind them can be innovative in the extreme, yet lack the business acumen to be successful in gaining a foothold in a highly competitive industry.

With nothing particular on the horizon, rest assured that next year will be another that we watch closely, hoping to see the Next Big Thing.