With headquarters in Milan, Italy, Moleskine's mostly office-based workforce was sent home almost without warning. The company's innovation officer explains how he helped staff deal with the challenge.
Written by Daphne Leprince-Ringuet, Contributor on May 4, 2020 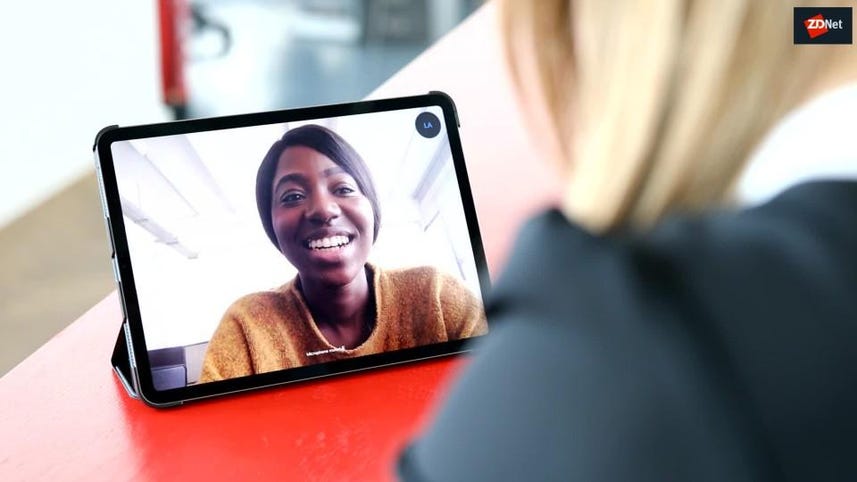 Headquartered in Milan, Italy, papermaker and notebook designer Moleskine outsources most of its manufacturing to China and has its largest market in the US, which means that since January it has had to deal with coronavirus across three different fronts.

One immediate impact was the company had to switch to remote working as fast as possible.

"We went from zero to all of it," the firm's chief brand and innovation officer Peter Jensen tells ZDNet. "It's not like we gradually went into the water, and started sending staff home for two days a week, then three days a week. It was everybody, and overnight."

Complicating that switch even more: while Jensen himself lives in Copenhagen, the large majority of staff he has had to manage for the past three months are based in Italy. Italy has one of the lowest proportions of employees who are familiar with remote work across Europe – at just 1.1%. By contrast, over 20% of workers in Jensen's native Denmark report "sometimes" working from home.

Fortunately Moleskine was, like many others, just about to embark on its digital transformation journey. Coming into the start of 2020, managers were slowly deploying Dropbox, Slack and Zoom, and Office 365 was being rolled out across the organization.

The idea was to kick-start an innovation process for the company, and in mid-January, Jensen's team was setting up pilots for the new tools. "Then from one day to the next, we were like: 'okay, pilot's over'," says Jensen. With everybody suddenly locked at home, the pilot become an immediate reality, so it had to be successful.

At least the legwork was done. No time was lost deciding which platform would be optimal or whose services would be preferable; the infrastructure was already there, and in some cases only had to be scaled up. Although of course, the first step was to ensure business continuity through stronger VPNs and secure messaging or file sharing – "You have to make sure your plumbing is okay," says Jensen – it quickly occurred that the challenge wouldn't be purely technical.

Once the IT hurdles were overcome, Jensen was faced with the reality of the fact that his employees were now at home, and in most cases with next-to no experience of remote working. His first instinct was to bring in a team to define guidelines for the new normal. And so, Moleskine's "Smart Working Etiquette" was created.

The 12-page document isn't rocket science. "They are basic statements that don't go very far," explains Jensen, "but it got everybody on the same page. In a company that has such low take-up of telecommuting, you need to define an etiquette through a bottom-up process, rather than waving a big finger and saying that you have to behave in a certain way."

Reminders to "in the morning, change your outfit from pyjamas" or to "make sure to sign-in to the company touchpoint tools" like Skype, Teams or Slack during work hours might seem obvious, but Jensen is adamant that they were necessary.

Moleskine's etiquette now includes "mute yourself on virtual meetings to avoid background noise", "update your Outlook profile with your photo and company telephone number"; as well as advice to set up your new office desk "in the most bright and comfortable area of your accommodation".

The company's new guide is designed to enable better communication between teams: the advice focuses not only on making sure staff is reachable during working hours, but also on establishing regular catch-ups with managers and team members, to share activities and deadlines, but also outcomes and results.

And a large chunk of Moleskine's smart working etiquette is, rather predictably, geared towards the smooth running of virtual meetings. Make sure your meetings are in line with attendees' schedules and time zones, always answer a calendar invite, and only invite a minimal number of people, all feature among the recommendations to better prepare conferences. During meetings, staff are expected to keep their points clear and concise, and to avoid multitasking – even for the occasional quick email check. Once the meeting is over, employees should share notes and next steps by email, and remember to send a recap of meeting notes to those who were unable to attend.

Whether knowingly or not, in outlining the ABCs of remote working, Jensen followed the advice of analysts that have been advising CIOs for decades. Experts all agree that managers should never expect that all staff know the basics, because it is highly unlikely that the entire workforce is digital-savvy. Setting up a video call or knowing what to do if their Internet connection is unstable are not intuitive practices for employees that have always been office-bound.

The challenge has largely been cultural. Jensen took on management of a brand new section of the organization around the middle of January this year. It was a real issue, he says, to build trust among his new team, within a company culture that had been suddenly shifted to the virtual world.

"I've launched successful products in the past without once meeting the other party in person," says Jensen, "but that's different because the object of collaboration is clear, and trust is a different factor. When you're changing organizations and you suddenly have to do all of that remotely, it's a big challenge. We're managing it but it doesn't feel totally right."

Trust works both ways: Jensen has to encourage his teams to trust him, but he is also realizing that he has to relax his own grip on staff. Of course, dealing with Moleskine's current business challenges in three parts of the world that are, or have been, worst-affected by the pandemic – and all of it over Zoom and Dropbox – requires a degree of discipline. But Jensen is slowly letting go of the idea that effective collaboration can only happen in a physical office – an "old-school mode of thinking", he calls it, by which you can only connect with your colleagues if they are standing right next to you.

"I call it the E.T. phenomenon," says Jensen, before apologizing for the retro movie reference. "The idea that you have to touch to feel a connection. But just because you can't see your colleagues doesn't mean they're probably drinking tequila shots and not doing any work. I like to think that the 'lack of trust' discussion is over for us by now."

Eight weeks into the experiment, Moleskine's innovation officer has started to gauge the human side of managing a workforce that is stuck at home. "I'm finding that now we are spending more time on the softer side of the situation," says Jensen. Empathy is key, he argues, in the context of a socially dramatic crisis that is forcing people to remain secluded.

"Loneliness is a big factor," says Jensen, "and obviously that's not something we covered in our smart working guidelines. It's a huge challenge from a leadership point of view."

Jensen is actively trying to encourage staff to achieve a work-life balance. As remote working blurs the boundaries between working hours and leisure time, for example, the company is establishing rules to institutionalize the length of a working day. More problematic, however, has been to preserve the informal moments that happen in the office; or, as Jensen describes it, to "formalize informal moments". The company is trialing a "digital watercooler", but Jensen is still mostly brainstorming ideas at this stage. "You have to schedule calls where you talk about, I don't know, your favorite playlist and things like that," he suggests.

Moleskine is now thinking about the third phase of its journey, according to the company's innovation officer. The technical hurdles of remote working have been overcome, and employees' well-being is being given more thought; but Jensen is already looking at what company culture post-pandemic will look like.

It doesn't take much foresight to predict that a return to normal is unlikely, and that telecommuting is here to stay, even in a country like Italy, where working in a physical office was overwhelmingly the norm until a few months ago. Although there will still be a need for a physical watercooler, and some office attendance, smart working will become part of Moleskine's – and most companies' – cultural identity.

If there is one thing that Jensen is sure of, it is that as the innovation officer, he will be in a freer place. The speed at which Moleskine adapted to a radically new format of working, if anything, proved that innovation can be implemented quickly and at scale. "If anyone was questioning whether it could be done, clearly it can be done," says Jensen – a motto that will certainly be applied to all sorts of new ideas in the future. The "stereotypical corporation control mechanisms and decision processes", he believes, will soon be a thing of the past.

What Jensen anticipates is informed by a two-decade career in innovation. But even for him, the coronavirus crisis has brought a number of unknowns that he is still grappling with. "This continues to be a journey," he says. "I had 20 years of leadership experience, and I've learned the same amount overnight."

The Future of the Web: The good, the bad and the very weird

The Future of the Web: The good, the bad and the very weird