Italy now has 2,284 officially registered innovative startups. Is that a cause for celebration, or a sign there's still a lot of room for improvement?

It depends on who you speak to. If you ask the government, they'd be probably enthusiastically go for the former.

A few months ago, a PowerPoint presentation was posted on Slideshare by Mattia Corbetta, a member of the ministry of economic Development's secretariat. Its title boldly proclaimed: "The steps Italy has taken in order to become the next Startup Nation."

The slides were contained an overview of the main measures introduced in December 2012 and subsequently built on by the Italian government to make the peninsula into a friendlier place for innovative young businesses.

The measures range from free online business registration for innovative companies, to more flexible labour laws, and the payment of workers and consultants with stock options, work for equity and other forms of remuneration designed to suit startups, which are often short of liquidity. Tax relief for venture capitalists and business angels wanting to invest in startups were also brought in. 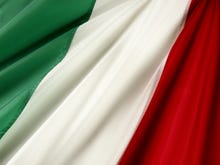 Can Italy's Mr Digital Agenda drive the country into tech's 21st century? Francesco Caio is the man charged with speeding up the pace of digitisation in Italy. With just six months to meet his targets and a day job to boot, it's not going to be easy.

To benefit from such subsidies and incentives, startups had to meet certain requirements and sign up to a special register called Registro delle Imprese Innovative, meaning that the register itself could be seen as a gauge to measure how the sector is growing in Italy.

To date, the list — which is available online (Excel file) and updated weekly — includes 2,284 companies, most of which based in the north of the country, especially in the Lombardy and Emilia-Romagna regions, and in Lazio.

The vast majority of these companies provide services (software development, IT consultancy and management, for example); a significant percentage are involved in manufacturing (mostly computers and other devices). Twenty-two of them have an annual revenue of €1m or more.

These are not big numbers, if you compare them to other European countries. London alone plays host to more than 2,000 startups and Paris and Berlin each have around 1,000 each, but it's certainly an improvement on the situation just a few years ago when the innovation ecosystem in the country was restricted to a few dozen players.

One of the latest measures taken by the government is the introduction of the so-called 'Italia startup visa', a programme that aims to simplify the process for non-EU entrepreneurs to found an innovative startup in Italy. According to the government, together with the other measures it's implemented, the visa program will help the nation become a European-level innovation hub.

However, not everyone is convinced that the legislative improvements are really at the root of any change, or that they have any worth at all, for that matter.

Michele Costabile, who teaches marketing at Rome's Luiss University and is also chairman of one of the main Italian venture capital funds, Principia Sgr, is rather skeptical. Quoting Shakespeare, he calls it all "much ado about nothing".

"For one, I don't think the register is actually representative of the number of innovative companies present in Italy," he told ZDNet. "The real figure must be around two to three times that. And the reason is very simple: many entrepreneurs don't see what's the point in registering at all."

It is, according to the VC, a matter of priorities. "Do you really think that for a young entrepreneur the main problem is the flexibility of the labour market? He works to fulfill a dream, with people similar to him. As for the tax reductions for those that invest in innovative companies, they are not a real drive for VCs. What an investor looks at is if the business model works or not, not the current yield, which is very uncertain."

It's not that the new provisions, generally speaking, are negative, Costabile says, but they are more aimed at removing obstacles, rather than really subsidising the Italian startup ecosystem development.

Perhaps unsurprisingly, given his role in Principia, what he and other VCs are advocating for, is the creation of a 'fund of funds', composed of single funds devoted to specific verticals (for innovation in fashion, say), or technological advancements in the food sector) and capital given to industry-specific investors, to finance their operations aimed at supporting innovative startups.

He also calls for incentives for small and mid-sized companies that want to 'adopt' a startup to use as an external R&D department. On this, at least, he and the government's experts seem to agree .