TechCrunch hosts the "web Grammys" every January, and I think I know who will win this year.I like this award show because it highlights new and emerging startups that people need to learn about.
Written by Andrew Mager, Inactive on Dec. 24, 2009

TechCrunch hosts the "web Grammys" every January, and I think I know who will win this year. 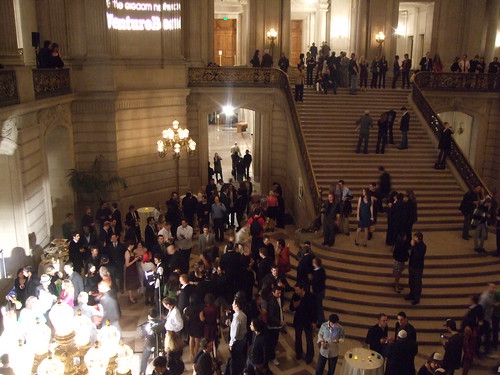 I like this award show because it highlights new and emerging startups that people need to learn about.

It's exciting to see the movers and shakers get up on stage and accept their awards. 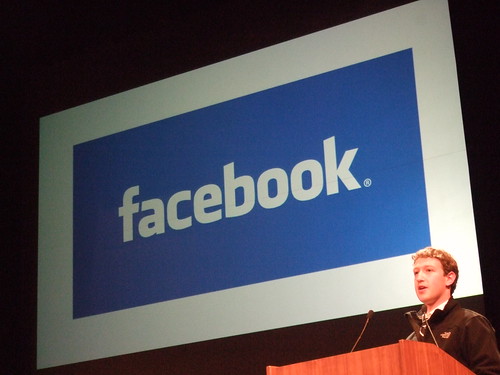 Here are my picks, but you should evaluate each site and vote for yourself:

Among the nominees are Groupon, Dropbox and Posterous.

Groupon is a "group coupon" website that allows you and your friends to sign up for coupon deals. Dropbox is a file-storage site, and Posterous is a simple blogging platform. All of these sites are cool, but Yelp is hands-down more useful. I find myself using it every single day and explaining it to more and more people (especially visiting family at home for Christmas). Yelp wins.

Brizzly is in the list, but I'm still unsure they know what they are. DailyBooth was a one-hit wonder and Farmville is more like a drug than a social web app.

It was hard to pick Google Voice over Foursquare, but it's a more mature mobile app. I hope that Foursquare qualifies for this category in 2011 because they have a lot of work to do. Gowalla is also in this category, but they have even more work to do to top Foursquare, like build another way to use their product beside iPhone.

Best feature is the ability to have your voicemails transcribed and emailed to you.

I actually hate to say it, because there are no real good use cases for Google Wave in 2009, but I do think it's the best technology achievement.

It's more impressive to me than Bing, Chrome OS, and Silverlight (haha). The runner up in this category would be PubHubSubBub, which has the ability to change how publishers exchange data with subscribers.

Tweetie is the most useful Twitter app, both for desktop and iPhone, and atebits constantly improves upon it. They charge $2.99 for the iPhone app and it's worth it. I was actually surprised to hear that they are working with less than $150,000. Tinychat and Wufoo deserve a mention, but they haven't had as big of an impact as atebits.

I'm not saying the Droid is cooler than the Apple Magic Mouse, Zune HD or Sonos S5. But it is more marketable. Finally, a phone on a solid network (Verizon), with a really open operating system (Android), on a trusted handset provider (Motorola), is easily accessible for anyone. And I cannot believe the Nook is in this category, what a joke.

I have a ton of respect for the other angels in this category, namely Ron Conway, Betaworks, and Y-Combinator, but Sacca is hands-down the one I trust most.

Founder Of The Year: Jack Dorsey

It takes a lot of courage to leave a company like Twitter and start something fresh. Even something as fresh and risky as Square, a personal payment system that you attach to your mobile phone. Jack deserves this award for redefining the market in a tough economy. 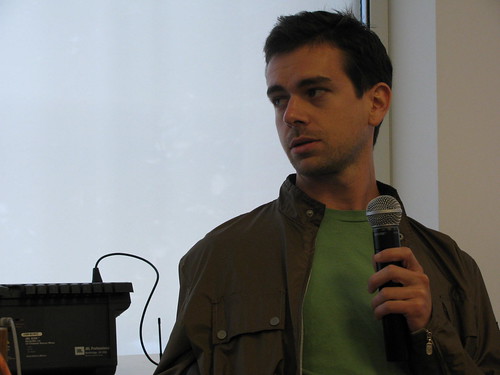 Other nominees that deserve mention are Aaron Patzer from Mint, Jeremy Stoppelman from Yelp, and John Borthwick from Betaworks.

I'm addicted to Spotify, I can't stop using it. Even though it's not ready in the United States yet, the idea of it being a premium service here is very exciting. It's better than Foursquare, Hunch, Bing, and Milo because it takes the streaming music problem and just solves. it.

If you want to try something similar, give Grooveshark a go.

When I walked into the Sprint store today to get my Palm Pre looked at, I got really excited when I saw the HTC Hero with the Android logo on it. I've used Android before and it's the best mobile platform out there. It's better than iPhone because it's on more than one phone, and it's tied to Google services, which are becoming a staple for everyone.

Android has unlimited possibilities too. It's really easy to use, you can run multiple processes, and it's just clean. Downloading something is a piece of cake.

Android deserves to win because its reach is greater than all of the services mentioned in this category (except maybe Facebook, who has probably won this award before).

What do you think of these picks?

Tell me if I'm way off-base.

If you are going to be in the bay area in January, get your tickets quick! I will do a recap of the event in January if you can't make it.