Most numbers are heading in the right direction for the Singaporean-owned telco.
Written by Chris Duckett on Nov. 14, 2019 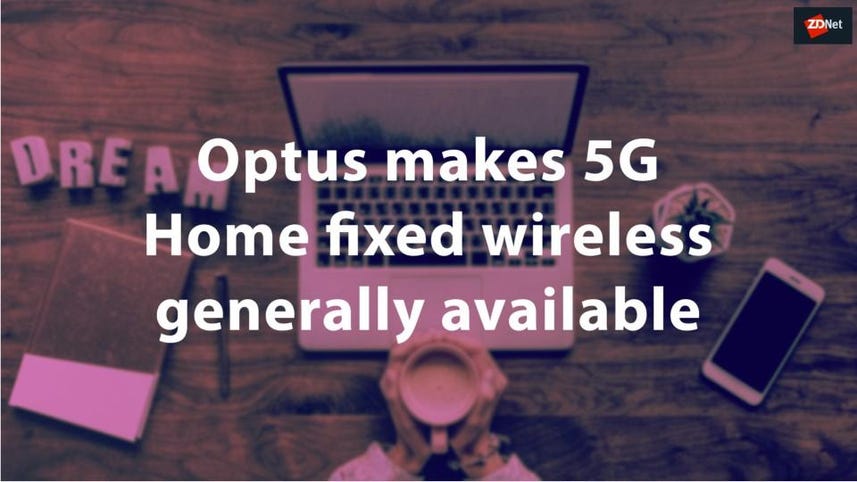 Optus has reported a solid second quarter to September 30 for its 2020 fiscal year, with revenue steady at AU$2.2 billion and profitability increasing by double digits.

Earnings before interest, tax, depreciation, and amortisation (EBITDA) increased by 11% to AU$703 million, while net profit jumped by almost one quarter to shift from AU$105 million at the same time last year to AU$130 million this year.

Revenue for its consumer segment grew 5% to AU$1.9 billion, with mobile revenue down 4% due to lower average revenue per user and lower handset demand and fixed line revenue decreasing by AU$18 million to AU$439 million, the company said.

Filling in the revenue gap, and then some, was payments from NBN to migrate customers, which jumped from AU$23 million for the second quarter last year to AU$187 million. The company said it has added 80,000 customers in the past three months.

In terms of consumer numbers, Optus now has a total of 10.3 million mobile subscribers made up of 5.76 million postpaid customers, 3.35 million prepaid customers, and 1.18 million mobile broadband users. For fixed line, Optus saw a 40% drop in HFC and ADSL customers to 377,000, while the company's NBN customer base has grown to 726,000.

For the consumer segment, EBITDA increased by 19% to AU$684 million.

The numbers for the enterprise segment were less impressive, with ICT revenue down by one quarter to AU$121 million as managed services saw a 28% drop in revenue to AU$97 million while cybersecurity posted AU$24 million in revenue for the quarter, a decrease of 13%.

Operating revenue for the enterprise group fell 21% to AU$290 million and EBITDA plummeted from AU$57 million last year to a mere AU$14 million this quarter.

Earlier this month, the telco made its 5G Home service generally available.

Optus CEO Allen Lew said at the time that the service has so far delivered close to half a gigabit peak speeds.

"The reality today in Australia, is that there are large numbers of homes that want faster broadband, despite the National Broadband Network," he said.

Lew said that setting up the service was a "plug and play" with lights on the modem, allowing users to position it inside their home for better performance.

"No need to take a day off to wait for a truck role," Lew said in another swipe at NBN.

For Optus' Singaporean parent company, Singtel reported a 3% drop in revenue to SG$4.15 billion, however, EBITDA increased by 3% to SG$1.17 billion.

Net loss for Singtel was SG$668 million as the company posted a negative SG$1.4 billion exceptional item related to Airtel, which it pinned as dragging down its previous quarter as well.

Optus 'doubling down' on customer experience through the cloud

The Australian telco has turned to Google for help with boosting its customer experience.