Single point of contact for customers moving onto NBN until 30 days after installation.
Written by Chris Duckett on Sept. 10, 2019 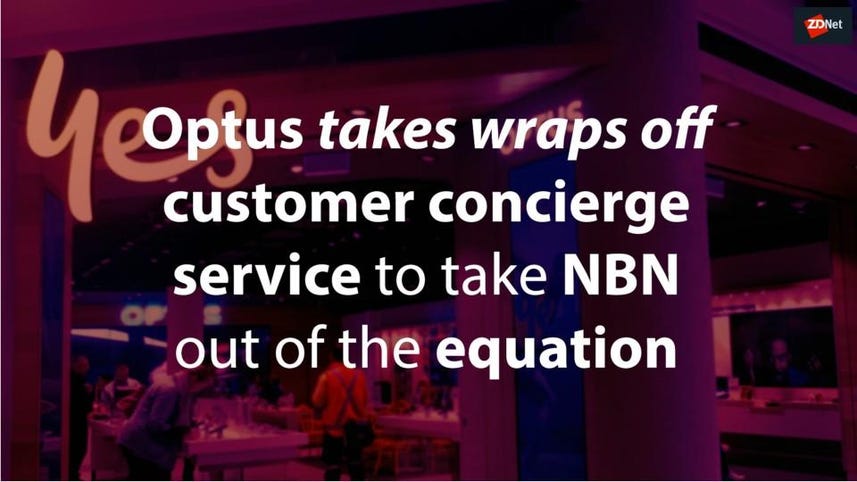 Optus has unveiled a service it has been using since May, which gives customers moving to the NBN a single interface for all their needs during the transition off legacy network.

Speaking at the annual ACCAN conference on Wednesday, Optus CEO Allen Lew said the telco was standing up the service to help customers that are confused by having sub-contractors, NBN, and retailers in the mix, as well as to help customers chase answers and deal with a process that lacks visibility.

"For every customer that is moving from the existing legacy fixed line network, we will assign an individual customer care agent to be that one single point of interface between the customer and ourselves, and we will take NBN out of this equation so there is one less person to deal with," Lew said.

"We will also extend this to 30 days from the installation of the NBN service, so that customers know that somebody is sitting, looking at their respective broadband service to make sure it is delivering the speeds that we have communicated."

Lew said the telco has been using the agents since May, and has been gradually ramping it up since.

"We've taken it upon ourselves at our own cost to make sure that Australians go through a seamless process as we move onto the next-generation of fixed line technology," he said.

"We believe that rather than whinging about what NBN should and should not be doing, we believe in not being a victim of circumstance, but taking it under our control."

The Optus CEO also said the telco was looking to boost its customer service, even if it doesn't add to the bottom line.

Also speaking at the conference was deputy chair of the Australian Competition and Consumer Commission (ACCC) Delia Rickard, who provided more detail on the regulator's latest legal stoush against the telco.

In June, the ACCC filed an action alleging Optus misled consumers about the need to move to the National Broadband Network.

The consumer watchdog alleged that Optus sent an email on 24 May, 2018 advising some of its mobile customers that their broadband service would be "disconnected very soon" and encouraged them to "make the switch, before it's too late".

The email was allegedly sent to 138,988 of Optus' mobile customers.

Rickard said the communications were to Optus mobile customers that used a different telco for fixed line, but were already using the NBN.

Optus acknowledged it misled customers about the need to migrate to the NBN and apologised to customers who received the email.

It offered a costless exit for those who took up the offer, the telco said at the time.

Optus has been the long-term leader in complaints per 10,000 services, as Optus and the industry as a whole, has seen its overall complaints level decline.

The Communications Alliance said at the time that the July numbers were the lowest for the second quarter since 2016.

Optus on the path to modernising phone calls

The telco has developed applications that can transcribe voice calls in real-time and translate them from different languages into English.

Deals
The 5 best pressure cookers of 2022