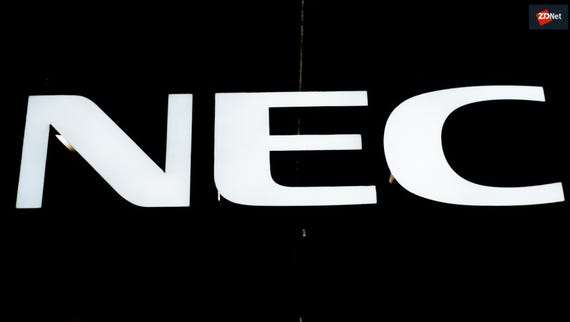 NEC has been chosen to build out another subsea cable, this time between Chennai and the Indian islands of Andaman and Nicobar, after winning a contract from Indian government enterprise Bharat Sanchar Nigam Limited (BSNL).

Under the purchase order, NEC Technologies India will be responsible for designing, engineering, supplying, installing, testing, and implementing the telecommunications submarine cable system. Parent company NEC Corporation will manufacture the optical cable and assist with installation.

"The cable system will provide the A&N Islands with sufficient bandwidth for supporting voice and data connectivity that enable the implementation of e-governance initiatives, such as the establishment of enterprises and ecommerce facilities," NEC said.

"The system will also assist educational institutes in the sharing of knowledge, and will play a significant role in driving the 'Digital India' vision, a campaign launched by the government of India to ensure that government services are made available to citizens electronically."

Earlier this week, NEC also announced being chosen to construct the new 16,000km Bay to Bay Express Cable System (BtoBE), which is being funded by a consortium including Facebook, Amazon Web Services (AWS), and China Mobile International to connect Singapore and Hong Kong with the United States.

"The BtoBE, landing at three locations spanning across the Pacific Ocean, is designed so that once completed, it can carry at least 18Tbs of capacity per fibre pair," NEC Corporation general manager of the Submarine Network Division Toru Kawauchi said on Monday.

BtoBE is slated to be complete by Q4 in 2020, and will cover the longest distance without regeneration, according to NEC.

The SJC2 cable, which will be made up of eight pairs of optical fibre, is being built by a consortium including China Mobile International, Chunghwa Telecom, Chuan Wei, Facebook, KDDI, Singtel, SK Broadband, and VNPT.

NEC last year additionally commenced construction of three 100Gbps subsea cable links to provide connectivity to Palau, Yap, and Chuuk islands in partnership with Belau Submarine Cable Corporation and the Micronesian government, along with the 3,900km, 100Gbps Hong Kong-Guam subsea cable system back in 2016, due to be completed in the fourth quarter of 2019 with a design capacity of almost 50Tbps.

NEC has also been working on subsea cable technology to produce faster speeds and lower latency, in May demonstrating artificial intelligence (AI) tech that it said could upgrade the spectral efficiency across the FASTER subsea cable system to 6 bits per second per hertz for a capacity of more than 26Tbps -- over two and a half times the capacity originally planned, at no additional wet plant capex.

The 10,000km FASTER subsea cable system will also connect the west coast of the United States with Asia, landing in Japan and consisting of six fibre pairs and making use of 10Gbps wave technology.

The announcement followed NEC last year demonstrating speeds of 50.9Tbps across subsea cables of up to 11,000km on a single optical fibre through the use of C+L-band erbium-doped optical fibre amplifiers, amounting to speeds of 570 petabits per second-kilometre.