The bipartisan bill would force US border officials to obtain a warrant before searching devices belonging to a US person.
Written by Zack Whittaker on April 4, 2017

A bipartisan and bicameral bill will make it unlawful for officials to search a phone, laptop, or social media accounts of Americans and lawful permanent residents at the border without a warrant.

The lawmakers want the bill to prevent Americans from being delayed or foreign nationals -- who are allowed to live permanently in the US -- from being denied entry if they decline to provide passwords or passcodes in response to a warrantless request by border officials.

"By requiring a warrant to search Americans' devices and prohibiting unreasonable delay, this bill makes sure that border agents are focused on criminals and terrorists instead of wasting their time thumbing through innocent Americans' personal photos and other data," said Wyden.

The bill, if it becomes law, would require border officials to obtain a warrant, which requires prior probable cause. But some agencies, including Homeland Security and Customs and Border Protection, contend that they have wide authority to search devices at the border, which doesn't afford foreign nationals constitutional protections like they would past the border.

A landmark decision in 2014 by the Supreme Court reined in the law, forcing law enforcement to obtain a warrant to search travelers' devices.

But the lawmakers want to further tighten the law.

"The government should not have the right to access your personal electronic devices without probable cause," said Polis in a statement.

"Whether you are at home, walking down the street, or at the border, we must make it perfectly clear that our Fourth Amendment protections extend regardless of location. This bill is overdue, and I am glad we can come together in a bicameral, bipartisan manner to ensure that Customs and Border Patrol agents don't continue to violate essential privacy safeguards," he added.

Figures obtained by the American Civil Liberties Union suggest that traditionally only a fraction of travelers are ever subject to a device search. However, new figures show that the number of border searches has exploded year over year to 2016 by over five-fold.

It comes just as the Trump administration is discussing new proposals to demand more data from prospective visa applicants at overseas US embassies.

"A search of your cell phone or social media account is a direct look behind the curtain that covers the most intimate aspects of your life," said Greg Nojeim at the Center for Democracy and Technology. "A border stop shouldn't be an excuse for extreme surveillance such as downloading the entire contents of your phone," he said.

"This bill would ensure that the government demonstrates a good reason for searches at the border, and that a judge agrees," added Nojeim.

VIDEO: US prohibits electronics in cabins of some flights from Middle East 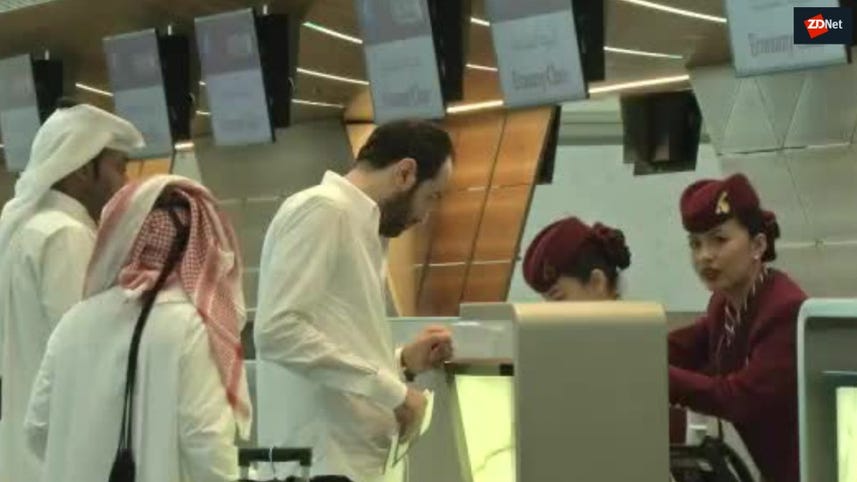