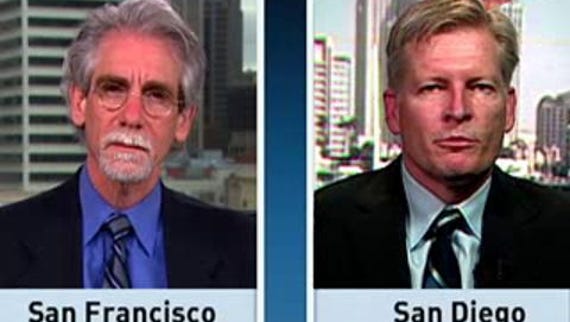 Norm Fjeldheim, CIO of Qualcomm speaks with ZDNet.com editor-in-chief Dan Farber about his "do or die" approach to supporting new technologies within his organisation. Below is an excerpt from the video interview.

Dan Farber: Qualcomm is a company that deals with the wireless world -- with phones all over the world. But as a company are you totally wireless?

Fjeldheim: Yes, we have seen a big shift in our employee base from desktop computers to laptop computers and certainly most of those are enabled with our technology so that employees can get access to the Internet and back access to Qualcomm from anywhere that they are working. People work from all over the place. I had an employee who was doing work while he was at the race track one weekend. Another employee was able to come to a holiday party -- he was normally on call and would have been home. He was able to come to the party, brought his laptop and was so excited because he was able to show me how he was able to correct a down server right there from his laptop. That technology that we put out there enabled that to happen.

Now as a company that's in the wireless world, have you gone to the degree where you have fully converged wireless voice over IP network?

I just came back from what was called Web 2.0 Expo and a lot of the talk there on the enterprise side was using some of the tools of Web 2.0 such as RSS, and wikis and blogs and technologies designed to really help organisations to collaborate better. Is that something that you're focused on?

Fjeldheim: Absolutely. We've been really having great success with wikis in particular. We basically took the open source tools that are available, brought them in, and enabled the security, put the infrastructure behind them and just turned them loose. And we said "Here you go, employees, do whatever you want with the wikis." It's been phenomenal, the growth. We've just seen an explosion in the number of wikis, small wikis to do just small teamwork, large wikis for managing large projects. And it's been something that I didn't even anticipate: how much use and the number of different uses that we would see employees put wikis to.

Now you're seeing a lot of use and a lot of numbers of wikis but is that translating into productivity? Is it anything you can measure?

Fjeldheim: It's hard to draw a direct comparison from usage to productivity but we certainly see a lot of demand, we see people saying "This is really working well for me, my projects are going better, I can work with folks who are overseas, who are in other engineering offices around the country." So in that sense we are getting a lot of positive feedback from our employees who are saying "This is something that we are depending on now, we need more of it." We've also deployed other technologies that do similar things -- Documentum e-room has been exceedingly popular for us. We can't deploy those technologies fast enough. That is a little bit more of a structured collaboration tool, it's tied in with our document repository and that's been very, very popular -- more on the business side where they want IT to do a little bit more to provide a little structure for them. The wikis have been extremely popular really in the engineering side where the engineers want to do a little bit more on their own and they have been the ones to come up with kind of the new and innovative uses of the wikis as a tool to help them work and get their work done.

Now we hear about the consumerisation of the enterprise (which I don't think is a very accurate term). Are your employees -- and you have 11,000 around the world -- bringing in some of these consumer kinds of applications in the workplace and are they impacting how you manage IT?

Fjeldheim: Yeah. In fact, a lot of what we are trying to do is enable our products to be picked up and used in the commercial market space so we're always seeing people bring those ideas in. We support a wide variety of platforms. We support different e-mail clients, we certainly support lots of phones, that's always good business for us. But we see people bring in open source and say "Hey I'd like to try this out, you know, is this something we can support?" So IT helps enable people to try out things and see what works. I'm a big believer in the Darwinian theory of technology evaluation. We will bring it in, and try it out, and if it survives, it'll grow and do well. If it doesn't it'll die off and IT will stop supporting it.

But aren't there some issues around that, that the employees are bringing in software and services and using services that might not be secure that could provide issues where you might have vulnerabilities?

Certainly your intellectual property, all the patents that you have, would create an environment in which that could walk out the door any day. Or people could be trying to poke in and get at it. You mentioned a layered security approach -- are there any techniques or tools that you've found to be most successful in making you feel more secure?

Fjeldheim: Yeah we take an interesting approach. I don't know that many people take this approach. We take a detective approach to security.

Fjeldheim: Yeah. Hopefully not falling down as much as he did but the idea is that we don't try and prevent everything from happening. Trying to anticipate every single attack or every single vulnerability is very difficult. So what we do is have lots of things that monitor, lots of logging and auditing, and we keep track of all the things that are going on in our environment, and we look for patterns of behaviour, we look for anomalies in the normal patterns of activity. So we can detect certain kinds of things happening and those things have often been things we will go investigate further and drill in, and flags will go off. We also have the ability if something comes up we can go back in history and say "OK, what was happening at that point in time?"

Do you have your own network operations centre to monitor everything around the world?

Fjeldheim: Absolutely. Our operations centre is here in San Diego. We have a secondary one in India that monitors essentially third shift but also monitors what's going on in our India region. Those are very critical components for our IT infrastructure.

What do you have in place to measure the effectiveness of the IT investments that you make? We hear a lot about trying to align business with IT and to focus on business outcomes as opposed to how much uptime or SLAs ...

Fjeldheim: That's been a challenge, to be honest with you. It's something that we're constantly working at. Trying to make sure that the IT initiatives are aligned with the business. I think we do a very good job of that, we collaborate very closely with the business. But getting the measurable results -- we're constantly fine-tuning that. Making sure the IT investments being made actually show up on the bottom lines.

Now we were talking earlier about some of the Web 2.0 technologies and how they are allowing your teams to collaborate better. Qualcomm is a company that is very much focused on R&D, on being a patent factory if you will, so how do you maintain from the IT perspective, that culture of innovation?

Fjeldheim: That's been a fun thing for me to work on because it is a challenge. You want to make sure that people don't get so caught up in cost savings that they lose sight of the fact that we are trying to be creative and need to come up with new ways to do things. That's really what adds value to the company.

Because we hear about companies where 65, 80 percent is going into maintenance and operations which doesn't leave a whole lot left over for innovation.

Fjeldheim: Right. Right now we just completed a measurement in our applications area and 50 percent of what IT is spending on applications is going into innovation. That's driven by the business. If you go deeper into IT and look at the traditional networks and servers and the things that people tend to view more as a cost centre, what I've tried to do there is say to the team, "You know we're going to create a fund that is towards innovation, towards trying out new things." So we set aside a portion of our budget for that. I also let the teams know that if they come up with an idea that saves money, they can utilise that savings within their department to look at new technology, to deploy that to keep that innovation factor going. Within the IT department, it becomes a self funding model where the savings they achieve by putting in new ideas get rolled back into IT to fund further exercises.

What are some examples of where you have been able to roll back money into those organisations and fund new innovation?

Fjeldheim: Virtualisation started off that way. The team came to me and said, "Hey, we'd like to try this out. We need about 250,000 dollars to try this out." This is about three and a half years ago and I said, "Alright. Let's go do that. It's worth funding," and they started down that road and then the money they were able to save by not buying servers, we took out of the server budget and funded it back into the virtualisation and then it became a self funding project, taking the savings from the hardware side, and funding the project on the virtualisation side. Now it's become something of a savings engine for us, so we were actually able to return a large percentage of the dollars we saved back to the business as well.

Norm, thanks very much for speaking with me.