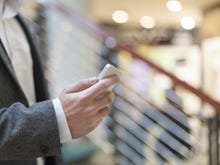 Three of France's largest mobile operators have each hit one 4G million customers.

Orange, SFR and Bouygues Telecom announced this week that they had recently hit the one-million customer milestone.

Orange, France's biggest telco, was the first to launch a 4G network in the country, going live with its LTE service in mid-2012. The company reached its one millionth customer late last year, with its LTE network now covering around 50 percent of the country's population.

While it's not France's widest-reaching 4G network, Orange does claim to have the fastest, with a theoretical maximum download speed of 150Mbps available for some customers.

SFR, which launched its LTE service several months after Orange, covers around 40 percent of the country with its network. It has a top speed of 115Mbps.

Bouygues, the smaller of the three, was the last to the LTE party. Its network was switched on in October last year and now has the widest coverage by population with over 60 percent. Like SFR, its 4G has a top speed of 115Mbps.

The 4G market in France was given a shot in the arm last year when France's fourth placed operator Free began offering LTE services. Unlike its rivals, however, the carrier offers 4G at no extra cost, even with its lower-priced tariffs.