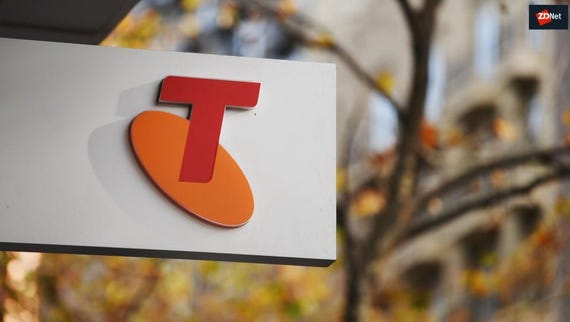 The Australian Competition and Consumer Commission (ACCC) has recommended to Minister for Communications, Urban Infrastructure, Cities and the Arts Paul Fletcher that spectrum holdings for Australian telcos be limited to 40% of that available under 1GHz.

This spectrum, also referred to as low-band spectrum particularly in relation to 5G, is prized because signals using those bands cover much greater distances than those in speedier, higher bands.

The limit proposed by the ACCC would see telcos only able to own 80MHz following an auction to sell off 2x10MHz in the 850MHz expansion band and 2x25MHz in the 900MHz band later this year, with licences to commence in July 2024. Thanks to a 2MHz downshift, the limit in practice will be 82MHz.

The key competition concern raised by the ACCC was the lack of spectrum under 1GHz held by Optus, compared to Telstra and TPG, once the auctioned bands are cleared out.

"Optus' ability to compete effectively in the mobile services market will likely be constrained if it does not acquire more sub-1GHz band spectrum in the 850/900MHz allocation," it wrote.

"In particular, there is a risk that Optus may not be able to roll out 5G technology widely and efficiently in Australia in the absence of more sub-1GHz spectrum."

"The ACCC considers that the asymmetry of sub-1GHz spectrum holdings between the MNOs [mobile network operators] is likely to have a significant effect on Optus' ability to compete with the other MNOs in the mobiles services market," it said.

One area the ACCC was asked to investigate by Fletcher was the option of setting some spectrum aside for Optus and TPG, but the consumer watchdog was not impressed by that idea.

"The recommended allocation limit provides a reasonable opportunity for Optus and TPG to acquire spectrum in the 900MHz band that would enable them to continue to provide existing services," it said.

"The limit also allows a potential price-based allocation process to determine the value that Optus and TPG place on the ability to continue to provide existing services in the band, which is likely to result in a more efficient allocation of spectrum than if a set aside was in place."

"Other options to support service continuity, for example, relying on the overall 82MHz limit or setting a specific limit for the 900MHz band, present greater risks to achieving this objective as they do not guarantee that each of Optus and TPG can acquire 10MHz of spectrum in the 900MHz band, the minimum amount necessary to continue the provision of existing services," the department said.

Both the ACCC and the department saw fit to not reserve any spectrum for Telstra.

"Telstra has the greatest existing spectrum holdings in the sub-1GHz band of the three national MNOs. These greater existing holdings mean that Telstra does not rely on use of the 900MHz band to operate in the national mobile services market. In contrast to Optus and TPG Telecom, Telstra has limited deployments in the 900MHz band," the department said.

"For these reasons the reallocation of the 900MHz band is unlikely to have a substantial impact on Telstra's ability to continue providing its existing services. Consequently, the Minister has not directed ACMA to set-aside spectrum for Telstra at the auction."

In the recent 26GHz spectrum auction, Telstra purchased 1000MHz for AU$277 million across five years; TPG said it would stump up AU$108 million for 600MHz of spectrum across the country except for Sydney, Melbourne, and Perth where it bought only 400MHz; and Optus said it would pay AU$226 million for 800MHz in Sydney, Melbourne, Brisbane, Perth, Adelaide, Canberra and a "range of regional areas", as well as 600MHz in Hobart and Margaret River.

In total, the Australian Communications and Media Authority (ACMA) offered 2.4GHz of spectrum between 25.1-27.5GHz over 27 areas across Australia, made available in 360 lots across a 15-year term.