The seven-year agreement will see Optus' NB-IoT network rolled out at JCU's innovation centres in Cairns and Townsville.
Written by Aimee Chanthadavong on March 12, 2020 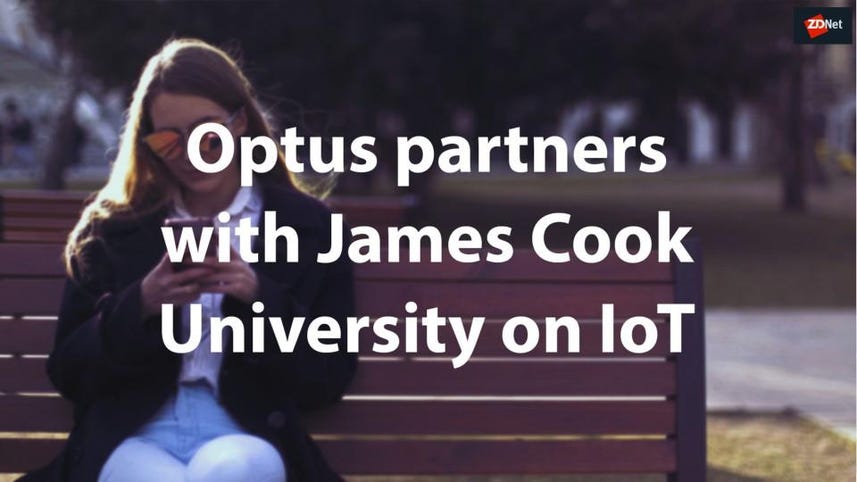 Optus Business and James Cook University (JCU) have signed a seven-year alliance deal that will see the pair collaborate on Internet of Things (IoT) solutions.

Under the partnership, Optus will deploy its narrowband IoT (NB-IoT) network on the 700MHz spectrum in Cairns and Townsville, including across JCU's AU$30 million Cairns innovation centre and AU$90 million Townsville technology innovation complex, both of which are currently under construction.

The telco also said that its NB-IoT network will be available in all capital cities and in major regional areas except for Victoria from April.

"JCU is determined that northern Australia should not just benefit from the rapid evolution and adoption of digital technology, but that our region and its industries should also take a leadership role in the next phase of the digital revolution," JCU vice chancellor Sandra Harding said.

Additionally, Optus and JCU will establish an IoT solutions group that will see Optus' NB-IoT network and JCU's IoT research centre for academic research come together to deliver new solutions.

Optus and JCU also said they will also annually fund the Optus IoT scholarship program to support student and PhD enrolment in IoT and related fields of study, plus offer recipients the opportunity to visit Optus Regional IoT Centres of Excellence.

"This partnership between Optus and JCU will foster a culture of entrepreneurship and innovation. Together we aim to do nothing less than co-create digital innovation in a range of business domains and work together to train a new generation of graduates fit for a digital economy," Harding said.

Optus previously signed a similar partnership with Curtin University to work together on artificial intelligence research.

Under the five-year arrangement that started in 2018, a new research group was stood up to operate out of the School of Electrical Engineering, Computing and Mathematical Sciences, and focus on the impact of AI on regional telecommunications, higher education, and the urban environment.

Previously focusing on building cybersecurity skills, Optus Business co-invested AU$8 million alongside La Trobe University in Melbourne in late 2016 to form a cybersecurity degree that is focused on developing multi-disciplinary courses, research programs, and scholarships for students to study cybersecurity.

The cyber degree followed a AU$10 million co-investment Optus Business made with Macquarie University to establish a cybersecurity hub that will provide research, degree programs, executive and business short courses, professional recruiting opportunities, and consultancy services to the private sector and government agencies.

Rather than suffering a 22% drop in EBITDA, Optus was able to report 10% growth thanks to payments from NBN.

Singaporean-owned Australian telco claims the call is a world first.

Security
You.com is taking on Google with AI, apps, privacy, and personalization