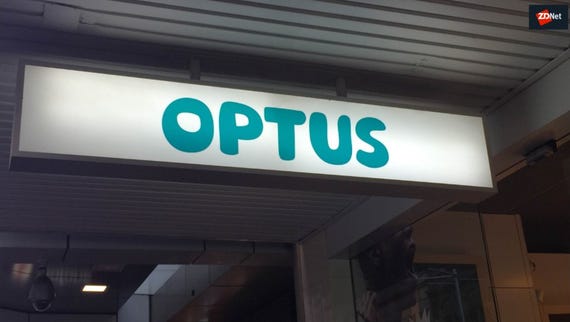 Optus Business has announced winning the tender to provide telecommunications services for the Australian Department of Health as part of a three-year AU$6 million contract.

Under the deal, Optus Business said it will consolidate the department's telco services under a single agreement, including voice, mobile, data, and wide area networking (WAN) services for Health's 5,000 workers.

"Optus is committed to providing services that are cost effective, robust, and scalable to meet the Department of Health's current and future needs as they deliver the nation's health and wellbeing," Paitaridis said.

"With our recent addition to the supplier panel for Department of Defence, Optus Business is now involved in supporting three of the four largest government departments in Australia, reinforcing our position as a market leading telco and ICT provider," he added, referring to Optus' contracts with the Australian Taxation Office (ATO) and Department of Home Affairs (DHA).

Optus had extended its satellite communications partnership with the Department of Defence back in June 2017 for the next 10 years for AU$40 million, involving a reconfiguration of the C1 satellite.

The deal also involved the upgrade of ground infrastructure at Optus' facilities in Belrose, New South Wales, and Lockridge, Western Australia, with Optus to continue operating and maintaining the satellite and its services.

Optus a year ago additionally signed a AU$13.6 million three-year deal with the Australian Department of Agriculture and Water Resources with an emphasis on digital transformation.

Under that contract, signed in August 2017, Optus will continue delivering mobile, data, and voice services across the 5,500 mobile and tablet devices used by the federal government department, along with managed telephone, video conferencing, Skype for Business, and a contact centre solution for the department's 150 sites.

Optus Business is focused on delivering communications services for government, in June 2017 announcing that it will be offering its secure private cloud service to multiple Australian government agencies under a deal with Canberra Data Centres (CDC).

CDC has over 40 government departments already using the four centres it operates across two datacentres in Canberra, with Paitaridis at the time saying this could grow as the federal government embarks upon its digital transformation program and fulfils its "cloud first" policy after establishing a Cloud Services Panel back in 2014.

Optus provides secure infrastructure as a service (IaaS), managed storage, and disaster recovery cloud solutions, as well as utilising CDC's venues to host its unified-communications-as-a-service (UCaaS) and contact-centre-as-a-service (CCaaS) offerings so as to sell these to government and enterprise customers in Canberra.

Last month, Optus Business also announced being chosen to provide mobile, fixed data, fixed voice, and internet services for the New South Wales government over the next five years as part of its Telecommunications Purchasing Arrangements.

According to the state's chief information and digital officer Greg Wells, partnerships with companies like Optus are "critical to realising the NSW government's digital strategy".

Earnings before interest, tax, depreciation, and amortisation (EBITDA) were at AU$656 million, up 1.6 percent.

Optus attributed its increase in IT and managed services to "continued growth in cybersecurity, cloud, and unified communications revenues".

"During the quarter, Optus Business continued to grow its suite of ICT products and services with long-term customers such as the Australian Tax Office and the Department of Home Affairs," the telco added.

Optus has announced a quarterly net profit of AU$154 million, down 3.5 percent, on operating revenue of AU$2.2 billion, up 5.7 percent after nearing half a million NBN customers and 10.2 million mobile customers.

The five-year industry-academia partnership will see the establishment of a centre of excellence in artificial intelligence.

In addition to the FIFA World Cup and English Premier League, Optus has announced securing the broadcast rights for the UEFA Champions League, Europa League, and Super Cup for the next three years.

A hardware failure caused a brief outage across mobile voice services on Friday morning, with Optus restoring services as of 9.20am AEST.

US falls behind China in race to 5G, hurting businesses and risking economic benefits (TechRepublic)

Mobile business apps will be a $140 billion market by 2023, as the global mobile workforce increases and technologies evolve, according to Strategy Analytics.