By Larry Dignan for Between the Lines | February 19, 2015 | Topic: Big Data Analytics

Oracle on Thursday updated parts of its big data portfolio with a visualization tool as well as a replication app that brings Hadoop into the broader enterprise fold. 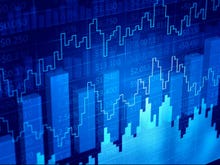 According to Neil Mendelson, vice president of big data and advanced analytics, Oracle's plan is to take disruptive technologies like Hadoop and integrate them into the broader enterprise fold. Mendelson said that Oracle's big data strategy revolves around a mesh of analytics tools that suck in multiple information sources.

If successful, Oracle wants to be a front end to so-called data lakes, which pool information from multiple sources.

Here's a look at the product additions and updates.