It isn't often that I look at a new product and say, "Now that's cool enough to write about", but the Pi Vessel is such a product. The Pi Vessel is a small computer designed for multimedia, gaming, entertainment, and personal computing. The proposed delivery date for the first Pi Vessels is December 2014. The Kickstarter campaign is underway and ready for funding.

I think the Pi Vessel is a small entry-level computer or an entertainment computer for people who don't want a lot of hassle to get up and running fast. It's great for kids or for people who want to watch TV and movies without a long setup time, downloading software, putting together a console, reading instructions, or fussing about with complex cables and gadgets. The Pi Vessel is simple, affordable, and kid proof.

In the Pi Vessel founders' own words:

"The Pi Vessel is a new super-affordable minicomputer for the whole family that provides its users with sufficient processing capabilities for work and play, but costing a fraction of other similar devices. The idea of creating an affordable minicomputer is not new. However, the solutions developed in this field were far from ideal in terms of functionality and value for money. Our ultimate goal was to create a minicomputer for as little as $140. We built the Pi Vessel on the  Raspberry Pi board, which is the best known platform to us. By adding a memory card, built-in power supply and installing a Linux operating system we removed the majority of disadvantages associated with the Raspberry Pi platform. All this we fitted in a stylish ultra-strong aluminum case that will enhance any interior design. The result is a new super-affordable minicomputer for the whole family."

The Pi Vessel's Kickstarter campaign is a modest $25,000 to start production and to deliver on its perks. There are some stretch goals as well. Depending on your level of committment to the project, your rewards (perks) vary from a simple "Thank You" up to ownership of your very own extended Pi Vessel and all optional components. 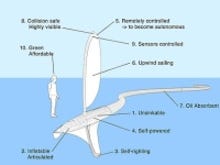 If you've ever wanted to help fund an ambitious crowdfunded product, here's your chance. I, personally, have donated to several different types of product and artistic campaigns. I like to help people realize their dreams. And someday, when I start my own crowdfunded campaign, I hope there are people out there who'll help me as well.

To be a benefactor of the arts or a product, makes you part of something larger and makes you feel good that you've helped out someone who might not otherwise be able to realize his or her dreams. I like crowdfunding and have recommended it to several of my own friends and acquaintances as a viable source of startup capital.

The Pi Vessel has the potential to bring computing to those who can't afford a more expensive alternative. Who knows what ultimate good might come from such a product? Will you someday hear of a successful CEO tell us that his or her first exposure to computing was due to such a product?

Remember that Kickstarter campaigns don't fund unless the funding goal is reached. In other words, if you donate to the Pi Vessel campaign and it doesn't fully fund, you aren't charged any money. Also realize that with any new product or campaign that there is risk involved, because you're investing and betting on the campaign organizer to follow through on his or her word to deliver perks and products as promised.