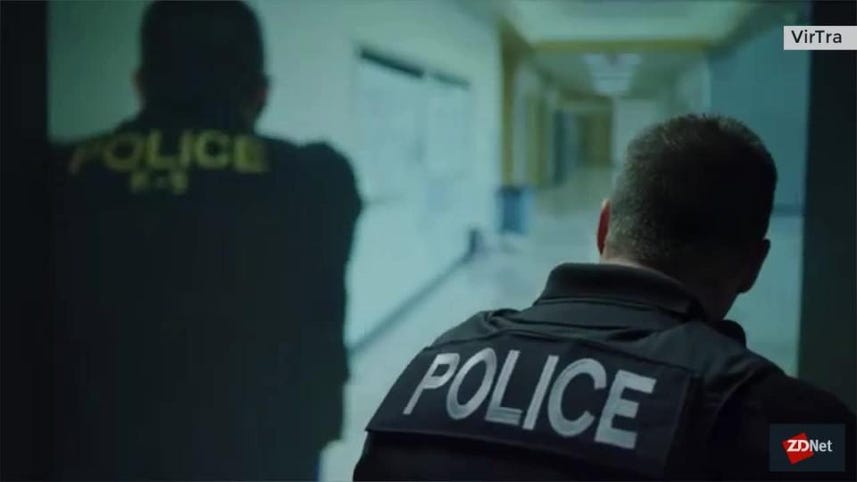 Not many would think of police reform as a technology problem. But, spurred on by a nationwide reevaluation of policing, there's a growing segment in the law enforcement and defense sectors that believes the way officers use their weapons, how they interact with people and handle particular, real-life issues, can all be improved with technologies, and in particular virtual reality.

How we train our officers is one element of the discussion over police reform, and adherents of better simulation training maintain that with virtual reality, officers can experience real-world situations as many times as they want without real-life consequences, lessening the chances of a poor response in a tense moment. Vocal and newly influential "defund" movements might take issue with that analysis, arguing instead that the systemic problems with policing are inherent in the institution and that training can never make up for those implicit shortcomings, which threaten certain communities and citizens. Indeed, some municipalities have taken partial steps in the direction of scaling back police presence while stopping short of outright defunding. That's led to new urgency among law enforcement and related sectors to demonstrate that traditional policing can be carried out in a just, unbiased way, which may be creating a market opportunity for simulation training companies.

One player in the space is VirTra, whose CEO and founder Bob Ferris took his VR technology, originally developed as gaming technology, and morphed it into a platform designed to change how police officers train for the job. VirTra has developed curriculums and programs for officer training that trade hours in a simulator for certifications in mental illness, de-escalation training, and immersive judgmental use-of-force training.

The the technology isn't headset-based but rather uses 300-degree simulator screens. The aim is to drive the officers to experience a level of emotion and empathy they would not receive in standard police training.

"Most police training does not follow the principles that we know work for decision making and knowledge application in the tense, uncertain, and rapidly unfolding events that law enforcement is engaged in," Ferris tells me. "Scenario-based or problem-based learning to create contextual environments that officers must perform in are crucial."

There's of course a long history to video game simulations as training for soldiers and even law enforcement. What's different about newer platforms like VirTra's? I put the question to Ferris.

That may not be enough to appease skeptics. In industries like national defense, there's been concern about technology and simulations making engagement scenarios feel like video games, which could desensitize soldiers. Ferris says his company's technology accounts for this.

Another challenge is implicit bias in training, which can actually reinforce problems in policing, particularly when it comes to race. VirTra has tried to account for this with an active bias-prevention strategy, as well as tools to root out existing bias  within agencies.

"VirTra takes into account the potential issues of creating a bias in training. We go one step further in that we create scenarios that are identical to each other except that we have actors engage in the same behavior that are black, white, and Hispanic," says Ferris. "This gives an agency a tool that they can use to evaluate if there are bias issues effecting the use-of-force. We even provide scenarios and tools that can be used to look at gender bias."

"Fortunately, there is a growing demand for "effective" training simulators," says Ferris, "since the consequences of inferior training methods can be tragic for a community and our country."