Data-driven approaches to criminal justice often backfire. Here's one way to do it right.
Written by Greg Nichols, Contributor on July 13, 2020 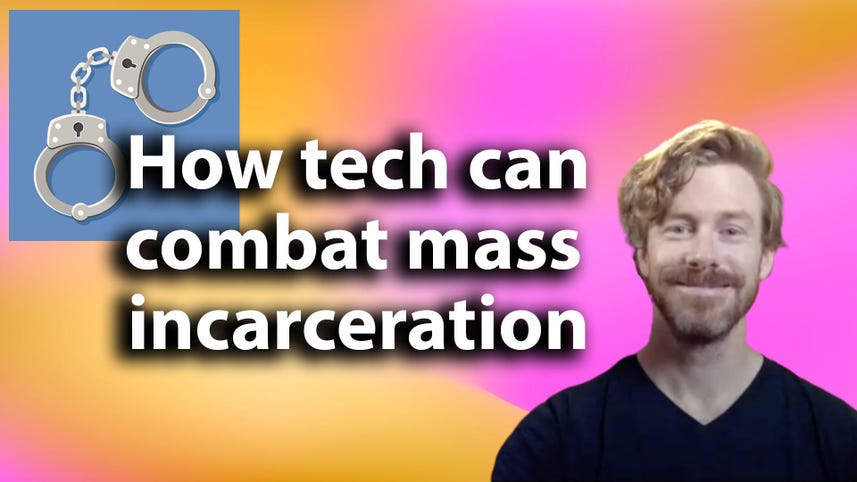 Technology has played an increasingly prominent role in policing, jurisprudence, and incarceration -- often, critics hold, in ways that reinforce bias or whitewash systemic problems. Amid escalating calls for a sweeping criminal justice rethink, do well-meaning technologists have a role to play?

After talking to those working for change within the justice system over the last couple weeks, I was surprised to learn of one area that seems particularly ripe for a technological intervention, and it would have a transformative impact on mass incarceration in this country: Let's use data and modeling to change the way criminal prosecutors are evaluated and promoted.

Why focus on prosecutors?

This isn't an original idea, and there's some unpacking to do here. Adam Foss, former Asst District Attorney in Suffolk County, Mass, which is Boston, has been a vocal proponent of just such a rethink, which he popularized in a 2016 Ted Talk and has made the core mission of Prosecutor Impact, an organization dedicated to raising awareness of the issue among prosecutors.

To understand the transformative potential of the question, it's helpful to understand how the system currently works, and it starts with the massive role prosecutors play in criminal justice. Though detectives collect evidence and police make arrests, it's prosecutors who decide who gets charged and what penalty is sought.

"This is the gatekeeper to mass incarceration no one talks about," Jon Gettle, chief of staff at Prosecutor Impact, told me in a phone call recently.

It's also important to note the downward pressure prosecutors apply, whether consciously or not. After all, police have very little incentive to make arrests for crimes that won't be prosecuted. That isn't to say police don't play an outsized role in how laws are enforced and who gets targeted, and much of the conversation over the last weeks and months has rightly focused on police bias and brutality. But in an American criminal justice system largely defined by mass incarceration, it's prosecutors, not cops, who set the agenda, and that agenda, it turns out, is directly related to the way their job performance is measured.

For as long as they've existed in this country, criminal prosecutors have been evaluated and promoted primarily by the wildly flawed, horrifyingly reductive metric of wins-versus-losses.

"A lot of what we've found," says Gettle, "is that wins and losses are what counts. When it comes to metrics, numeric evidence to support goodness and badness, historically that's all measured by trial success and not having things blow up in your face."

It's easy to see why the win-loss metric is used. Like a batting average, it's alluringly simple. Yet if you test the premise even a little, you'll find it's completely divorced from any outcomes that actually matter. Prosecutors are incentivized to convict people, full stop. No matter how well-intentioned they may be, they are simply not rewarded for seeking maximum benefit for society or prioritizing meaningful rehabilitation. You can argue that the system has already decided, via its laws and incarceration programs and sentencing guidelines, how rehabilitation should be achieved, but prosecutors have incredible latitude in how and when they apply those variables. Prosecutors get promoted for winning, and that quirk in the system is one of the major causes of mass incarceration in this country.

The solution, then? Change the evaluation scale to reflect not wins and losses but cost-benefit to society. It's a problem tailor-made for the big data age.

"If prosecutors are given access to information that adjusts their perception of what a good or bad outcome is," Gettle tells me, "then we would see prosecutors reacting and changing behavior accordingly."

This is where technology has a role to play and specifically smart deployments of data and modeling. If prosecutors could be fairly evaluated based on metrics like preventing recidivism or saving society money, mass incarceration might be drastically curtailed.

There's been some movement in this direction already. A DA in Philadelphia, Larry Krasner, has moved to put a dollar estimate on all sentencing recommendations.

"If you're going to request incarceration and term of years, you need to put a dollar amount on that. Can't separate a win from community impact," explains Gettle. Across the country, several DA's offices are aiming for greater transparency with public statistics and data, which can affect election results.

But really this is wide open terrain that's ripe for development, and it's an area where enterprising technologists could have a real impact.

This is even more attractive when you consider that changes like these can be implemented extremely quickly within the offices of individual city attorneys, often elected officials who assume control of hiring and promoting prosecutors. If an inbound or sitting city attorney adopts an appropriately holistic approach to job performance evaluation, the way prosecutors in that office approach their job might change overnight.