Project Athena could be the modern-day 'Intel Inside'

Intel and Dell say that Project Athena has led to better-designed PCs, but they aren't ready to turn the program into a consumer brand... yet.
Written by Ross Rubin, Contributing Writer on Jan. 29, 2020 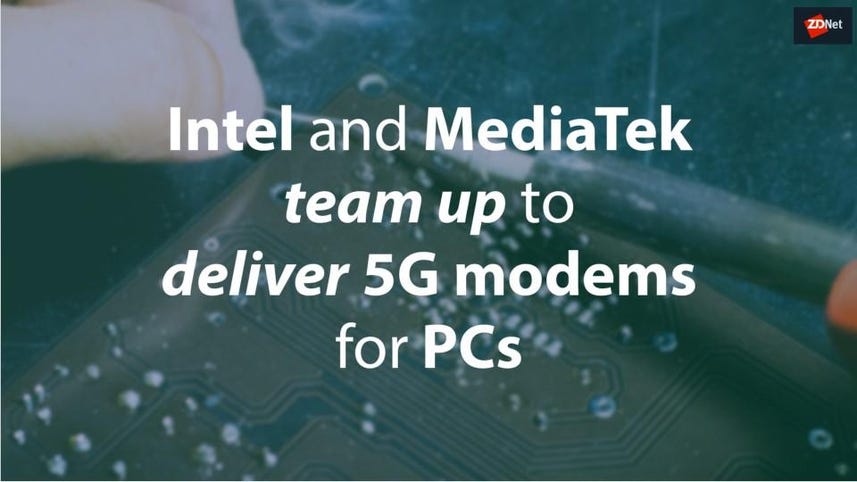 Since the dawn of "Intel Inside" in the late 1980s, Intel has episodically swooped in to put more branding around PCs and its capabilities, usually when confronted with a competitive challenge. The famous slogan itself, for example, sought to steer consumers away from cheaper PCs that had processors from AMD and other vendors. After Apple debuted its AirPort Wi-Fi card in the iBook as Intel was backing a rival standard called HomeRF, Intel touted the integration of Wi-Fi via the Centrino brand. And after Apple proclaimed the original (Intel-based) MacBook Air the future of the notebook, Intel sought to spread the wealth of that future around with the Ultrabook designation, albeit with elements Apple passed on in its laptops, notably touchscreens.

Now, as Microsoft continues to extend Windows to the ARM architecture, Intel has again stepped up with an effort designed to showcase what the company can bring to the highly mobile PC. For now, though, that effort has taken place mostly behind the scenes and has a name -- Project Athena -- to match. Rooted in ethnographic research, the idea behind Athena, according to Intel VP of Client Computing Josh Newman, was to think holistically about how the PC evolves to meet the real-world needs of the "mobile go-getter" in an age of redefined work structures driven by such forces as the gig economy. The program dovetailed with the Innovation Excellence Program under which the company has engaged in extensive co-engineering with its PC OEM partners.

Intel's first Athena-inspired collaboration with Dell, for example, was the Dell XPS 13 2-in-1, which uses Intel's 10th-gen Ice Lake processor. The notebook has a sharp design, a responsive trackpad, and a responsive keyboard (albeit one where the PgUp and PgDn keys are easy to hit thanks to their proximity to left and right cursor keys.) The same processor family was also used in its follow-up, the XPS 13 clamshell that Dell announced at CES. That latter XPS 13 extends what the line is best known for -- its thin-edged Infinity Edge display -- to the bottom of the display, continuing the screen border war that has expanded beyond the smartphone and which scored a coup in TVs at CES.

What does that, or the product's solid, stylish hinge, or its crisp keyboard response, have to do with processors? Not much. But according to Newman, those are the kinds of overall system components that Intel invests significantly in for the sake of improving the overall PC experience. According to Donnie Oliphant, senior director of product marketing at Dell, "A lot of people on the street don't have a clue that Intel invests in a tremendous amount of other technologies, enabling technologies like display technology and storage and all kinds of other elements of the system -- even some of the mechanical elements." He specifically cites Intel's help on issues such as thermals.

Intel and Dell imply that the XPS 13 wouldn't be the product it is without Athena, which leads to the question: Should Athena or the Innovation Excellence Program, or some new consumer brand reflecting the program's goals, be promoted directly to customers in the marketplace? Newman says there has been some online consumer outreach with the program but, as it is early for the program, much of the focus has been on aligning Project Athena with the Innovation Excellence Program.

Such a label would have a different value proposition from the "Intel Inside" of yore. In fact, given how the program is designed, it would have to be updated annually. This would help consumers identify what are the most "future-anticipatory" Intel-based systems. And, from the OEM perspective, it would also provide consumers a bit more guidance in deciphering the latest versions of its premium products beyond designations such as "latest version" or "sixth generation." It would also differ from "Intel Inside" in that it would apply to a small subset of PCs as opposed to virtually anything with an Intel processor, which makes sense given the wide differences in performance and form factors that have sprung up since the seminal campaign.

On the other hand, while Athena-influenced PCs have core requirements and are aimed at addressing the same kinds of users, different OEM partners have of course decided to focus on different elements of those problems in different ways, so there might be a degree of ambiguity in terms of what elements of the design Athena covered; it's less clear how effective marketplace education efforts would be toward clarifying that.

OEMs would have an interest in playing up their PCs that have been improved via Athena; Dell's Oliphant emphasizes the progress the company has made in 2-in-1s. There might be a reluctance to have customers focus too much on Athena approval versus their own branding, especially across processors. But OEMs have navigated these kinds of challenges before.