Windows RT -- Microsoft's 2012 effort to launch (most of) Windows on an ARM architecture -- fell short for many reasons. But even though it was to become an orphaned failure, it did much to indirectly help the Windows ecosystem. 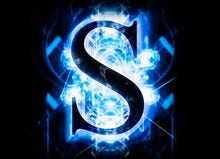 In a world defined by security holes and data breaches, maybe a locked-down Windows isn't such a bad idea after all.

In terms of form factors, the first modern PC convertible, the Lenovo Yoga, launched with RT, as did the first Surface. Intel responded strongly to RT, bringing out chips that were competitive enough to nullify the battery life advantage of the ARM chips in Windows RT devices.

See: The great Windows on ARM experiment: Here are the key questions

https://www.zdnet.com/article/microsoft-hp-asus-launch-the-great-windows-on-arm-qualcomm-experiment-here-are-the-key-questions/More recently, Microsoft has acted upon another lesson from RT, that of a closed app environment with apps available exclusively through its app store for the purpose of enhancing speed and security. Of course, that effort, Windows S, is now available on x86-based PCs.

But it has now also come full circle with Windows-on-Snapdragon, a full-fledged version of Windows that relies on emulation to run 32-bit x86-native code. The first two PCs out of the gate using the architecture run Windows S, but can easily be unlocked to use full Windows Pro.

The main question regarding Windows-on-Snapdragon is how responsive the system will be and we won't know the full answer until machines ship in the spring. As is the rule with emulation, it will likely come down to the kinds of apps you use with a few caveats. Among them, you're not going to turn to the kinds of mobile devices powered by Snapdragon to run your cranked up version of Crysis 3 on (nor would you for their closest x86-based counterparts).

But if the anecdotal evidence from those who have been working on these products holds true, most tasks designed around moderate productivity should be satisfactory. All of Windows itself has been recompiled to run natively on ARM and Microsoft's Office team has made optimizations for the processor architecture.

The big payoff is battery life. Indeed, while it may not run on anything resembling a smartphone yet, Windows-on-Snapdragon may be the first full version of Windows that could be called truly mobile. It purports to keep laptops and tablets running for 20 hours or more of battery life; that's better than many cell phones.

Various speakers discussing the battery life at the Snapdragon Summit at which the new devices were introduced put it into other terms, such as lasting a whole week of typical use without a charge or the freedom. A representative for one manufacturer described a personal experience of having to take a short business trip and putting his mobility where his mouth was by using one of the new devices by leaving his charger behind. (Result: the laptop lasted).

As for the devices themselves, there is less in the way of form factor innovation for now and nothing disruptive about their prices. The first two devices from Asus and HP -- the former bearing a new subbrand of NovaGo, the latter the existing one of Spectre -- would do little to turn heads on a retail shelf. While Lenovo was cited as a third company that will support Windows-on-Snapdragon, it's not revealing its product until CES.

Windows-on-Snapdragon is already off to a better start than RT ever got. Of the first PC companies on board, ASUS CEO Jerry Shen was one of the most outspoken critics of Windows RT after jumping in early, and HP steered clear of it throughout its run.

What's clear is that this is the beginning of a journey. Microsoft assures that there will be more companies coming on board; the OS developer itself will almost surely use it to resurrect the non-Pro Surface line. And while many of the alluring features of the Snapdragon 845 related to camera performance and VoLTE would favor phone applications, there's plenty in the new chip features -- from mixed reality support to biometrics -- that are right in line with where Microsoft is taking Windows on the PC.

While the march toward lower power consumption and connectivity seem inevitable, what remains to be seen is how well Qualcomm, or perhaps other ARM vendors in the future (Samsung would surely like the option to consider its own Exynos processors, for instance), will be able to carve out share from Intel and AMD. Microsoft's Terry Myerson expressed during his address at the Snapdragon Summit that he believes that virtually every PC will be one day be an Always Connected PC.

The presence of AMD at the Snapdragon Summit was a reminder that Qualcomm is only knocking on the door of the PC market for now. And while that x86 vendor may be partnering with Qualcomm on modem technology, it's no secret that a far larger maker of x86 chips will soon jump in with its own modem technology. That could leave the smartphone chip king in an uncomfortable position. However, the company assures that it and Microsoft are committed to the new architecture.

https://www.zdnet.com/article/qualcomm-announces-always-connected-windows-10-pcs/Windows 10 is coming to the Qualcomm Snapdragon 835 mobile PC platform.

https://www.zdnet.com/article/microsoft-debuts-windows-10-on-arm/Microsoft and Qualcomm are showing off the first Windows 10 on ARM devices, which provide Win32 app compatibility via emulation. Most models won't be available until next spring, however.