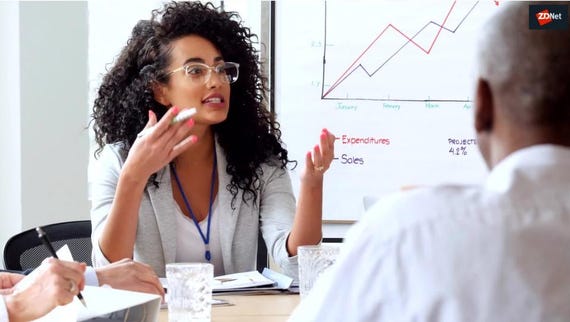 Technological expertise is in higher demand than ever before – and that need is leading to a rise in the prominence of CTOs.

Businesses were already looking for technologists that could help them exploit digital and data; add in the impact of the coronavirus pandemic – and the rapid establishment of cloud-based remote-working strategies – and the demand has become acute this year.

So how can a CTO make the most impact? Mark Holt, who's been CTO at transport specialist Trainline for more than six years, knows the role better than most. Here's the characteristics than he says define a great CTO.

1. Have the right knowledge for the gig

While some organisations have CIOs, there seems to be an increasing trend for blue-chip firms to appoint CTOs. Holt recognises that the CTO-versus-CIO battleground has been fought over for what seems like forever. For Holt, context is everything.

Holt says CTOs are definitely the right fit for organisations that are constantly innovating with technology and who take on the role of leading organisations to adapt to that change. But this focus on technology means CTOs must know their bits and bytes.

"I'll talk to an architect and I'm sure he's 500 times brighter than I am. But we'll have a debate about various architectural things that, if I didn't understand technology, I'd just be sitting there going, 'Yeah, why not, that sounds good'. That's not great for him because everything he says just gets waved off and there's no challenge," Holt says.

"I think people appreciate that level of insight into tech. So I'm a believer that you need a CTO who's actually tech-savvy," he says.

2. Foster a culture of iterative innovation

While CTOs must be interested in creative uses of technology, Holt says it's unlikely they're going to be the people that develop the smart ideas. The tech chief's key job is to ensure people within their team are confident and comfortable trying things.

He says there's a host of things that contribute to whether you're creating a culture that enables people to complete work that they're proud of, including supporting agility and flexibility. However, Holt singles out the importance of planning. Rather than just focusing on creating a minimum viable product, CTOs must encourage their teams to develop customer-centred products and services in an iterative manner.

"Do you have people bang out code just before deadline and leave something half-finished? Or do you say, 'OK, so we're going to get version one out of the door, and then we're going to plan to iterate over and over again', and let people go from something that barely solves the customer problem to something that actually solves it in a really great way. I think that's really important," he says.

Holt says he is a big believer in the suggestion that sector diversity is the one attribute that is most closely correlated with creativity: "More diverse teams are more innovative," he says.

He's also a fan of learning from staff that have experience of different industries.

"I love it when people have worked a bit in a retail bank, and then worked a bit in e-commerce, and then done stuff in retail. Because then you're gaining this whole great collection of knowledge and experience from loads of different industries and you're bringing them together in your own business," he says.

Holt says that success for a CTO is also about getting the right people in the right roles and then making sure these individuals receive clear guidance.

Trainline goes through a context-setting process once a quarter. For the last quarter, the context focused on team priorities in response to the demands of COVID-19. More generally, Holt says it's important to tweak the parameters of the business each quarter and make sure people are focused on the right tasks.

Once that guidance is all set up, it's important as a leader to take a step back. Holt advises other CTOs to try and avoid putting too much governance in place.

"The one thing that I do see as the difference between what I would call the big IT shops and the e-commerce innovators is the number of project managers you've got. We look for small self-governing teams who are able to self-determine – they can take a project and run at it," he says.

"Yes, we'll come together as a leadership team every two weeks and they'll show us what they've been up to. And that's basically the level of governance that we want. I can't do the work of 400 people. I think you have to trust them to do the right thing. People's natural tendency is to do the right thing. I do fundamentally believe that, and it's shown time and time again: we let them get on and they create amazing things."