PropertyGuru has snagged SG$300 million ($220.65 million) in its latest fundraising efforts, as it looks to build up its digital offerings and further drive expansion plans across the region. Specifically, the funds will be tapped to facilitate its growth strategy in key markets such as Vietnam and Malaysia.

The Singapore-based online property marketplace added that it would pump more investment into segments it had previously identified as growth areas, including mortgage platform PropertyGuru Finance it launched earlier this year and its property sales management software, FastKey.

The latest funding round was led by investment firms TPG and KKR, which had supported PropertyGuru over the past five years and two years, respectively. It also followed a year that saw PropertyGuru clock a 24% revenue growth, the company said in a statement Wednesday. It added that it had a 57% market share in Southeast Asia, four times more than its nearest competitor. 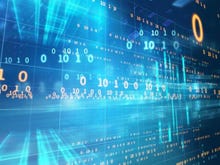 Launched in 2007, PropertyGuru currently lists more than 2.7 million homes across its online platforms and serves 24.5 million property seekers across five markets in the region, including DDproperty.com in Thailand and RumahDijual.com in Indonesia.

"These new investments will accelerate the growth plans we have identified as more consumers move towards digital solutions for property buying and selling," said PropertyGuru Group CEO and managing director Hari V. Krishnan, adding that the company would be looking to further "digitise" the property sector.

Funds also would be tapped to build up the platform's data capabilities, which had been developed to help property seekers across the entire journey including budget planning, identifying suitable loans, and applying for bank loans, the company said.

It pointed to further enhancements launched this year -- in particular, StoryTeller, which used augmented reality (AR) technology to help property developers deliver a 360-degree viewing experience when they marketed new projects. This encompassed a walkthrough of the home unit's floorplan and its surrounding landscape.