The cloud-based system will be used to manage IT assets such as security cameras and Wi-Fi ports.
Written by Aimee Chanthadavong on March 2, 2020 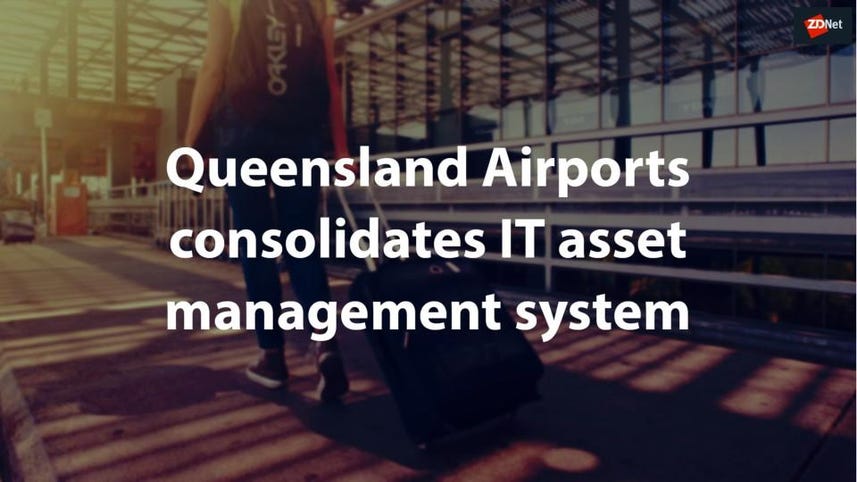 Queensland Airports Limited (QAL), which owns and operates Gold Coast, Townsville, Mount Isa, and Longreach airports, has signed Freshworks to manage its catalogue of service level agreements and IT assets, including security cameras and Wi-Fi connections across its airports.

Under a three-year agreement, Freshworks will implement its cloud-based solution to replace an overall system that has been operating as three to four separate systems to manage QAL's assets, incidents, and knowledge base, according to QAL technology general manager Mark Allen.

"As well as streamlining our systems, we were looking to track our service and receive feedback on how we were performing," Allen told ZDNet.

"We wanted to see how we were responding to customer requests, how many queries we were receiving, how quickly these were being resolved and ultimately, how satisfied our customers were.

"We can achieve all this using Freshservice -- because the platform provides a way for us to see all our IT inventory in one spot through its reporting and dashboards."

Allen went on to explain how being able to track and monitor the performance of its systems would allow issues to be identified and resolved quickly across all four airports.

"Our customers rely on our service. If we're unaware our Wi-Fi service is down, this may be problematic as travellers expect quick, efficient Wi-Fi service for everything from downloading airline tickets to accessing work emails and more," he said.

"The safety of our customers is our top priority, and we need to ensure our security and camera systems are always operating at optimal levels: if a security camera is down, we need to be alerted instantly. Ultimately, we're focused on ensuring the safety and efficient processing of the 8.4 million passengers who pass through our four airports each year."

Australia's future airport is closer than you think

Your biometric information will continue to be captured and the trade off is efficiency.

Planes, gates, and bags: How hackers can hijack your local airport

Researchers show how criminals can compromise almost every element of aviation.

The IT outage is impacting the processing of passengers entering and leaving a handful of international airports in Australia.

The future, according to the company's CEO, will see a seamless experience from the time a ticket is booked to when the passenger returns home.