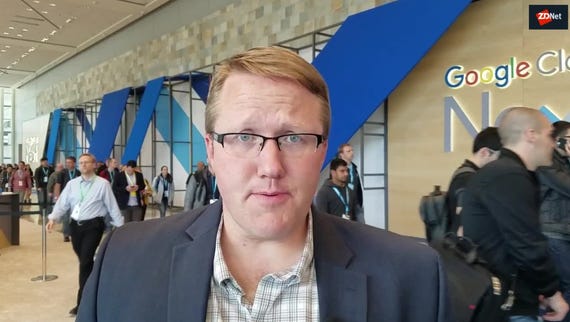 Cloud migration: Dipping in a toe before diving all in
Watch Now

RHOO is based on OpenShift, which is Red Hat's private PaaS cloud, but this is more than just a PaaS. Red Hat is providing an enterprise-ready container platform based on integrated Docker containers, which run on Red Hat Enterprise Linux (RHEL) and are managed by Kubernetes.

RHOO runs on AWS. While AWS runs globally, RHOO's Stater plan is available on AWS US East and West. The Pro plan is only available on US East for now. It will soon be available in EMEA and APAC.

The point of OpenShift Online is to enable developers to build cloud-native apps on a cloud-based container platform without having to worry about the complexity of provisioning, managing, and scaling applications as demands change. Thus, developers can focus on writing the code for their business, prototyping new features, or working on their next big idea without the busy work of managing infrastructure.

In short, RHOO gives programmers pretty everything they need to develop applications with popular languages and platforms.

In this latest version, RHOO comes with these new features:

Put it all together, and Al Gillen, IDC's group VP of Software Development and Open Source, thinks: "Cloud-native application development is the key to unlocking digital transformation. Red Hat OpenShift's support for Docker and Kubernetes, in conjunction with its ability to support polyglot languages, databases and application development frameworks, promises to empower organizations to develop applications marked by the relative absence of vendor lock-in and indigenous portability across infrastructures."

So, if you're interested in cloud-native programs, RHOO demands a look.