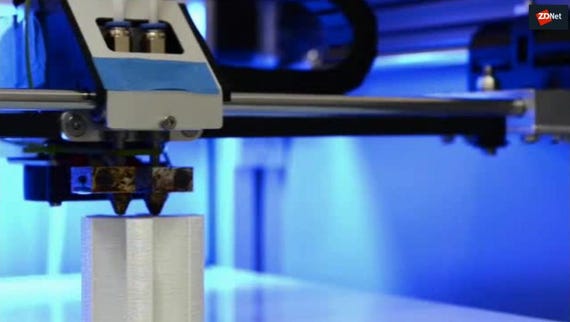 Back in November, Forrester outlined its 2019 predictions for a set of hot emerging technologies. We identified which markets were likely to command big investments in the new year and even predicted that GE would turn a corner this year. Let's see how we did so far with a few of them.

Additive manufacturing will save General Electric. 2019 has delivered glimmers of hope for GE: Investors have started showing faith in the company's new leadership. GE's stock price is up 42% year-to-date, and optimism is building in GE's aviation unit. With a pipeline of over 60 proprietary 3D-printed parts, they hope to literally "reinvent" the engine. Manufacturing these parts with additive methods allows GE to cut out some of its traditional suppliers and win contracts previously held by its competitors. To show off the technology, GE even produced a set of 3D-printed gowns at this year's Met Gala, which resulted in the most positive press it received in quite some time. Things also look good for the additive manufacturing market, as it blew past its entire 2018 investment total in the first quarter of this year with $445M.

Transportation tech will race past $200 billion. With $18.8B funneled into transportation tech through May 15 this year, the category's historical total sits at $166B as we write this post. It'll need another $34B this year to reach our prediction, which would require 2019 investments to surpass that of 2018. It'll come close, but the growth rate does appear to be leveling off despite all the hype in the press about autonomous transport. Keep in mind that we've witnessed 28 individual funding rounds of more than $1B since 2014. That's a lot of unicorns. Meanwhile, one of those early unicorns -- Lyft -- had a dismal first quarter as a public company, while Uber's IPO has been clouded by global driver protests. We will continue to watch this category closely as big tech firms such as Amazon and Google invest in potentially game-changing drone delivery services.

Retail technology will top $25 billion for the year. With more than $10B already raised through May 15, retail tech is on pace for a peak year in 2019. At this rate, the sector will top our $25B prediction for the year. Retail tech is a category that incorporates technology from other sectors but is specialized to the retail industry. For example, $3.98B has been raised in last mile logistics, which features companies that bring innovation to the final stages of the supply chain. Think grocery and meal delivery companies that have raked in some serious capital over the last few years. For example, DoorDash and Instacart have both raised well over $1B in funding to date. Other innovations in retail include in-story technology and mapping services. Overall, we expect retail tech to continue to grow aggressively for the foreseeable future.

CxOs and leaders of corporate innovation and VC groups must monitor tech innovations across these and other markets. Investing in these markets as a corporation can be extremely risky. Don't feed into the stereotype of what some traditional VC investors call "the dumb money." Whatever your industry, whatever your strategic objectives, follow these simple steps to risk-proof your engagements with startups.