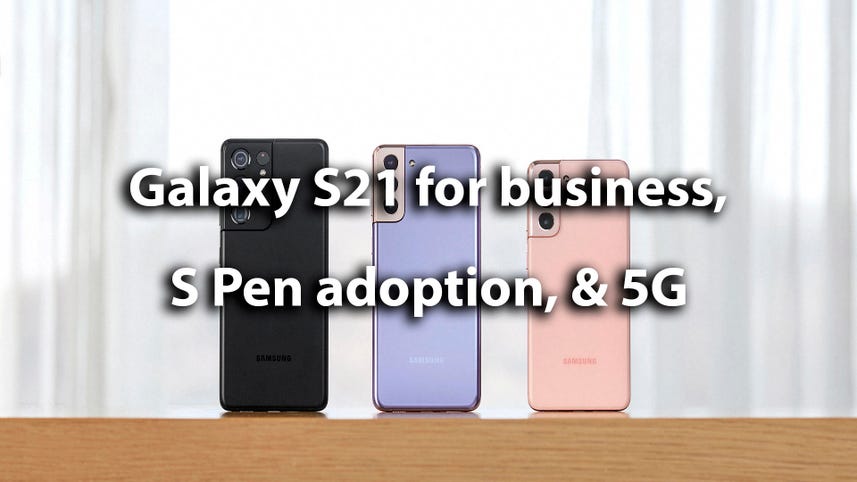 The battle for your ears continues. Alongside announcing three new Galaxy S21 models, Samsung Thursday announced the Galaxy Buds Pro. The completely wireless earbuds are available starting Jan. 14 for $199 directly from Samsung and will be in retail stores starting Friday, Jan. 15.

With good earbuds, you can do everything from making calls when you're on the move to listening to your favorite music to blocking out the world around you.

They have a familiar look, using the Galaxy Buds Live core design, but with some minor tweaks. There are three microphones in total, along with an 11mm woofer and a 6.5mm tweeter.

One of the core new features that give the Buds Pro their "pro" name is a new Intelligent ANC feature. Instead of an on/off switch for active noise cancellation that blocks environmental noise, Intelligent ANC on the Buds Pro can detect when you start talking and will turn on ambient sound as well as turn down your music so you can hear a person talking.

When you're done talking, Buds Pro will turn ANC back on and resume playing your music at full volume.

It's a feature that AirPods Pro, or even the super expensive AirPods Max, currently lack.

The Buds Pro also gained a new automatic switching feature that will switch between Samsung devices automatically, based on what you're doing. For example, when watching a movie on a tablet and you get a phone call on a Galaxy S21, the Buds Pro will switch from the tablet to the phone without any interaction on your part. Of course, they'll also switch back to the tablet automatically.

The Buds Pro have a water resistance rating of IPX7, so you can wear them while working out and shouldn't have to worry about sweat damaging them.

The Buds Pro will come in three colors: Phantom violet, phantom black, and phantom silver. The same colors that some of the Galaxy S21 models come in at launch.

Again, you can order the Galaxy Buds Pro right now from Samsung, or find them in retailers on Friday.

Headphones
How to clean and sanitize your AirPods