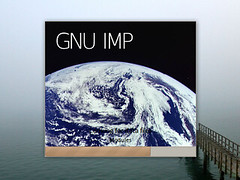 GNU IMP it is

A while back I posted an entry about the unfortunate acronym of the GNU Image Manipulation Program, and how it was problematic working with young people at the local youth centre. I wrote to one of the original developers and asked him about the sexual and disability connotations, and he said:

“Obviously, neither definition was purposefully suggested… I think the kids will remain safe.”

Despite the fact a rose by any other name would smell as sweet, it remains unfortunate. I have the possiblity of arranging some workshops with young people who have been in care. Apparently 80% of children who have been in care have at some time in their lives been subject to abuse.

So, I have decided to change to GNU IMP where I possibly can. 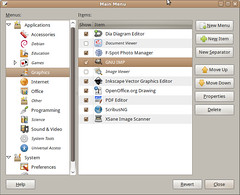 1. In the main menu in Gnome, by selecting System > Preferences > Main Menu and changing the name.
2. By editing the splash menu, as explained on the web site.

It may appear petty to some but words matter.