A new competition pits engineering squads in the task of designing the ultimate high-speed controls architecture.
Written by Greg Nichols, Contributor on Sept. 8, 2020 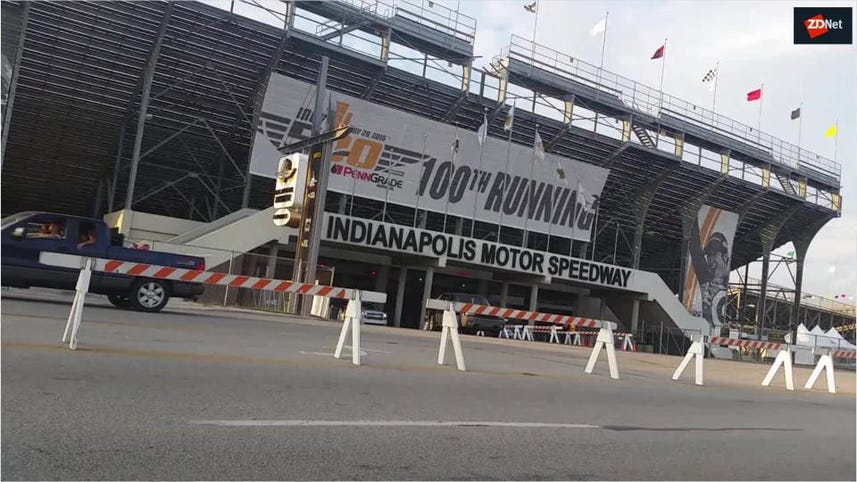 There are few pursuits more taxing for team and driver than keeping an open-wheel race car on the track while competing at speeds in excess of 200 miles per hour. But take the human driver out of the equation and the enormity of challenge balloons.

That is exactly the point of the Indy Autonomous Challenge (IAC), a competition that will pit more than 500 university students globally against one another to design autonomous controls systems for full-size Dallara IL-15 race cars, which will be tested in head-to-head competition. The competition is billed as the first-ever high-speed autonomous race of its kind. Fittingly, it will take place at the Indianapolis Motor Speedway in October 2021.

"One of the IAC's primary goals is to solve 'edge-case' scenarios – situations that only occur at extreme operating parameters, such as avoiding unanticipated obstacles at high speeds while maintaining vehicular control," said Matt Peak, managing director of Energy Systems Network, a primary organizer of the IAC. "Such a task would be impossible without real-time data transfer. RTI's partnership gives our teams a strong foundation for racing."

The event's sponsors include other autonomous vehicle technology providers Ansys, Aptiv, and Microsoft. The IAC is supported by the RTI University Program, design to facilitate hand-on education in research fields like robotics, autonomous vehicles, space exploration, and connected healthcare.

"This race is a formidable challenge, with a required lap speed that is faster than some winning professional racers over the last decade. It will require ingenuity and making the most of every microsecond in the control system," said Neil Puthuff, Senior Software Integration Engineer and Project Leader at RTI. "The students need a proven, maximum performance framework for their cars that can handle the extremes and integrate whatever software they create or select for victory – from initial prototypes and simulation through field trials and on to race day.  Great competition spawns great innovation, and we're proud to be part of a challenge that will look to inspire the next generation of mobility leaders and move the industry forward."

The competition involves $1.5 million in prize money and is organized by the Energy Systems Network and the Indianapolis Motor Speedway.

Education
OctoML CEO: MLOps needs to step aside for DevOps

AI & Robotics
How to apply for college: Your step-by-step guide