The Republican-led Senate voted along party lines (50 to 48) to roll back broadband privacy rules implemented just a few months ago under the Obama administration. 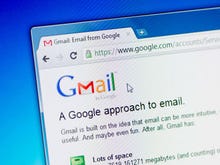 Feds don't need a warrant to read your emails. Congress wants that to change

A bill that has more than two-thirds support in the House finally gets its debate date.

The resolution nullifies the regulations passed by the Federal Communications Commission (FCC) in October, requiring internet service providers (ISPs) like Comcast, as well as mobile data carriers like Verizon Wireless, to get a customer's permission before sharing their sensitive information.

The privacy rules had yet to go into effect, and in fact, the new FCC chairman -- Ajit Pai, a Republican who previously served as a top Verizon lawyer -- had already blocked its implementation. Pai argued that the rules were "not consistent" with the Federal Trade Commission's (FTC) privacy standards. He also argued they gave an unfair advertising advantage to websites like Google and Facebook, since the rules only governed broadband service providers and other telecommunications carriers.

On the Senate floor Wednesday night, the resolution's sponsor, Sen. Jeff Flake (R-Ariz.), similarly argued the rules should be repealed "in order to restore balance to the internet ecosystem and provide certainty to consumers." He chastised the "inconsistent treatment of data" and said the rules made it "increasingly difficult for consumers to learn about the latest product offerings from broadband providers."

You can watch his remarks here:

"With today's vote, Senate Republicans have just made it easier for American's sensitive information about their health, finances and families to be used, shared, and sold to the highest bidder without their permission," said Sen. Ed Markey (D-Mass.) in a statement. "The American public wants us to strengthen privacy protections, not weaken them. We should not have to forgo our fundamental right to privacy just because our homes and phones are connected to the internet."

Before the resolution becomes law, it must now pass in the GOP-controlled House and go to the White House for the president's signature. These should be easy hurdles for the resolution to overcome.

The Senate used an obscure law called the Congressional Review Act (CRA) to strike the FCC rules. As The Washington Post has explained, the CRA enables Congress to nullify executive branch regulations. It gives the Senate the power to do this with only a simple majority vote -- meaning the Democrats can't filibuster CRA bills. The CRA also prevents the federal agency in question (this time the FCC) from passing a "substantially similar" rule in the future.