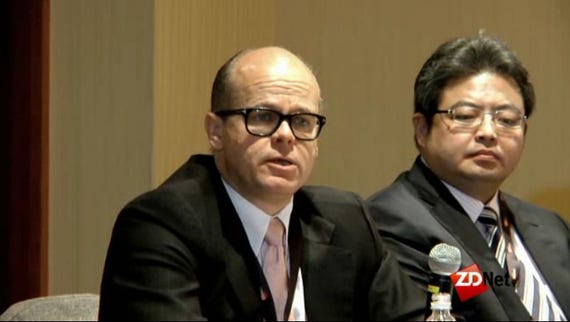 Singapore CIOs point to value, not cost, to assess IT investment
Watch Now

SINGAPORE--ZDNet Asia this week unveiled key findings from its annual IT Priorities survey at a panel discussion attended by 50 IT players and managers in Singapore.

Angus Macaskill, industry analyst from ZDNet Asia's parent company CBS Interactive, presented the survey findings, and later joined the discussion with other panelists who were:

The panelists noted the importance of focusing on the value a piece of technology can bring to the company, rather than worry about whether IT budgets had increased or dipped.

Barnes added that companies which emerged stronger from a recession were typically those that never forgot about the need to adopt technologies that would help grow the company, regardless of the cost of implementation.

A member from the audience also asked about the impact of market consolidation and whether vendors were putting more pressure on IT departments to consolidate everything on one particular vendor. He wanted to know if the CIOs were comfortable with a single-vendor environment or they preferred having three to four vendors.

Christensen replied: "Personally, I would be very concerned about having one large vendor drive my IT needs, applications and capabilities. I will always want to have a range of companies...because technology keeps changing so what guarantee will I have that one large vendor can keep pace?"

For YCH, Ang said it would depend on the type of application deployed. For instance, he explained that it would not make sense to have three large ERP deployments, while he would look at different options in market segments where a lot of new technologies were still emerging.

The panelists also unveiled the biggest painpoint they hoped technology would help address.