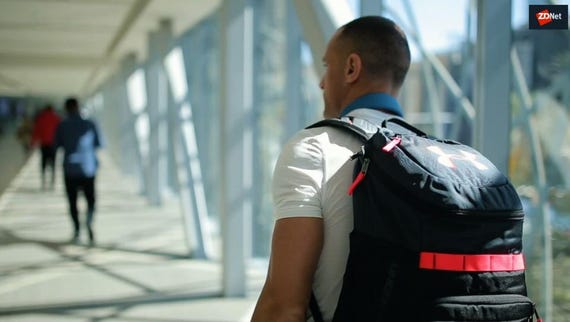 Biometrics and big data: How to create the airport of the future
Watch Now

Avinor, the government-owned company in charge of operating and maintaining Norway's airports, has been testing technology to control an aircraft's landing from a location that can be hundreds of miles from the pilot's actual destination.

The country has many small airports north of the Arctic Circle, so using technology to remotely control take-offs and landings brings a number of economic benefits.

The first commercial passenger flight recently landed on the island of Røst, which is the farthest west in the Lofoten archipelago. The air-traffic controller overseeing the landing was located in the town of Bodø, about 100km, or 60 miles away.

It was the first commercial flight landing in a project that's been running since 2012, where the goal is to equip airports in Norway's short-runway airport network with cameras, communication and instrumentation technology for remote-controlled operations.

"The Remote Towers technology is an important capability enabling a sustainable aviation service in the rural areas of Norway, many of which are in the Arctic," said Avinor CEO Dag Falk-Petersen in a statement.

An absolute requirement before getting the final approval from the Norwegian Civil Aviation Authority is that the Remote Towers technology can provide equal or better safety standards compared with conventional control towers at airports. The system has now received its first stamp of approval.

"Safety is always the highest priority within aviation. While we are still technically in test mode, the first commercial passenger flight completed marks an important milestone for us," Falk-Petersen said.

"We had good contact and visuals with the aircraft during the entire approach and landing. The Remote Towers system functioned optimally in this operation."

The project is a collaboration between Avinor and the Norwegian technology companies Kongsberg Defence & Aerospace and Indra Navia.

Kongsberg delivers the sensor technology and the secure remote-control system between airport and the air traffic controller. Indra develops the control-tower system with an integrated single screen for several airports, as well as a reliable voice communication system.

SEE: Was your flight delay due to an IT outage? What a new report on airline IT tells us

The short-runway airport network in Norway consists of 25 airports with runway lengths from 800 meters to 1,500 meters, or 875 yards to a mile. Most of these airports are located in the three northernmost counties in the country, north of the Arctic Circle.