Sony will roll out the current Jelly Bean version of the Android operating system to its Xperia range of devices from February 2013.

The company confirmed the updated rollout schedule in a blog post on Monday.

"We're particularly excited about the Sony Xperia Jelly Bean features and functionality — we look forward to bringing you more information on this in the New Year," the company said in the announcement.

The first devices to get updates starting "during February and March" next year will be the Xperia T, Xperia TX and Xperia V. 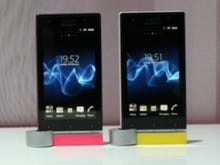 Sony returns to phones with Xperia P and U

Sony has introduced the Xperia P and U Android smartphones, betting on integration with PlayStation and other in-house content as it launches Sony Mobile Communications out of the Sony Ericsson joint venture

Following these, the company said the update will make its way to the Xperia P , Xperia J and Xperia Go from the end of March.

Last on the list of upgrades to Jelly Bean will be the Xperia S , Xperia SL, Xperia ion and Xperia Acro S which are due to start getting the upgrade in the weeks following the previous devices.

While the announcement encompasses many of Sony's mid and low-range Xperia devices, some of the lower-powered devices (primarily with 512MB RAM, although the Xperia Go only has 512MB) will not be able to update to Jelly Bean, and as such will be left languishing on the Ice Cream Sandwich version of the platform.

The phones that will not get the update to Jelly Bean include the Xperia U, Xperia Miro, Xperia Tipo, and Xperia Sola, Sony confirmed.