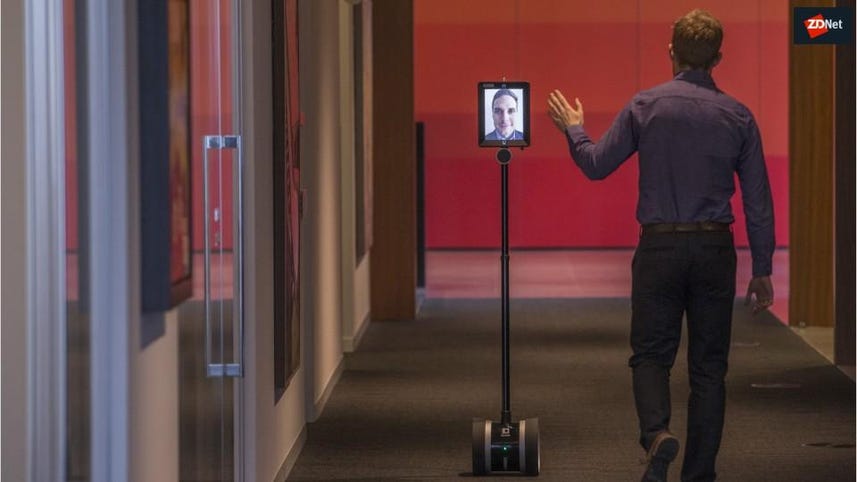 Double Robotics, the maker of an entry-level telepresence robot for remote work, has a new model out. Gone is the iPad that's functioned as Double's head and led to descriptions of the device as "a Segway with a touchpad taped on."

In place of the iPad is an integrated screen and new feature sets, including AR overlays, that may just convince your boss to allow you to work remotely.

The market for telepresence robots, which allow remote workers to beam into far-off locales, has been growing, although some of the biggest gains have come out of the office in areas like healthcare. One reason for that is the large acquisition cost of many telepresence units, which can easily run as much as a car. Telepresence may offer advantages over traditional video conferencing, including more natural interactions and the ability to rove around a workplace, but many employers have been slow to make large capital outlays. Hospitals, used to spending big bucks on equipment, are a better target at the high end of the market.

But Double has been one among a few telepresence robotics companies offering low-price models focused on core functionality: mobile video conferencing that's drop-dead simple to use. I wrote a review of the Double 2 in 2016, which offered a nice feature set in an affordable package, and which became many customers' entry into the world of teleoperated work robots.

"Double 3 represents a massive leap in technology for offices and schools, and it finally incorporates all of the top requests from our customers into one seamless, elegant solution," says David Cann, co-founder, and CEO at Double Robotics.

Some of those features include a new click-to-drive interface, obstacle avoidance, and pan/tilt/zoom video, all of which contribute to a fully-immersive remote experience that's still intuitive to use. Perhaps the biggest functionality upgrade is the addition of mixed reality overlays.

In Double's version of mixed reality, virtual 3D objects are added into the video stream to appear as if they're in the real world. Virtual objects include helpful waypoints to make the video feed more informative during navigation.

Double 3 is now available to order worldwide, and the first batch of units will begin shipping late September. The full package, including the docking station, runs $3,999.

Digital Transformation
Remote work or back to the office: Why the biggest challenges are still ahead