Telstra now has 50 live 5G sites, with the latest across parts of the cities of Canberra, Adelaide, and Perth.
Written by Corinne Reichert, Senior Reporter on Oct. 23, 2018 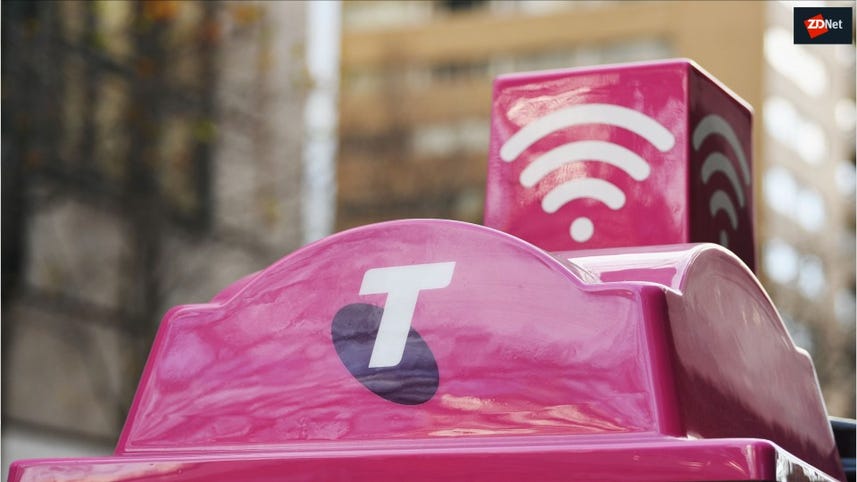 Telstra has launched its 5G network across Canberra, Adelaide, and Perth, with the telco also making its 5G partnership with Ericsson official in announcing that the Swedish giant will be supplying its software and hardware networking solutions for the nationwide deployment.

Adelaide's first 5G mobile base station is in Flinders Street; Canberra's is in Pialligo, with more going live on Thursday in Phillip, Lyons, and Fyshwick; while Perth's first 5G site will be in Narrows Bridge in the CBD.

Telstra said it now has 50 base stations live across its 5G network; however, there are no commercial devices that currently make use of it.

"Ericsson has worked closely with us to ensure Canberra, Adelaide, and Perth are among the first locations in Australia to be upgraded with 5G technology," Telstra CEO Andy Penn said on Wednesday morning.

"Today's signing marks a strategic partnership that has developed between Telstra and Ericsson over many years, and one that has resulted in nearly 40 world and Australian firsts."

One such world first was Telstra, Ericsson, and Intel making a 5G data call across a commercial mobile network in July.

Penn last month told ZDNet that Telstra already has its 5G network live across 15 towers -- 13 in the Gold Coast, one in Toowoomba, and one in Brisbane, with 200 to go live by the end of 2018.

Penn added that Telstra is "absolutely leading the world in 5G", and has "always punched above its weight" on the international stage.

Telstra ED of Network and Infrastructure Engineering Channa Seneviratne then revealed in September that the telco's next 5G launch would be based around smart cities, with the telco choosing each of its 200 initial launch sites for showcasing different use cases.

"We will launch another regional centre which I can't name yet where we're going to do smart cities," Seneviratne told media during Telstra Vantage 2018 in Melbourne on Wednesday.

Seneviratne said the 5G launch in Toowoomba was based on a partnership with FKG Group, which had opened a Tier III datacentre in the region earlier this year, and on enabling agricultural technology applications.

"Within 100km of Toowoomba, you've got every single different type of agriculture ... Toowoomba is becoming a centre where there's advanced agri-tech being developed," he said.

"They're creating an advanced industrial precinct for high-tech agri-tech, so for us to provide them with 5G coverage is a really important thing to enable this next wave of industrial development."

Current COO and incoming CFO Robyn Denholm last month also revealed that the telco is partnering with the Commonwealth Bank of Australia on 5G.

"It's not just the industrial sector that are using these types of technologies; we're also working with customers across the board in other areas, and financial technology is one of those, and financial services," Denholm said.

Ericsson has reported net sales of 54 billion SEK for Q3, up from 49 billion SEK last year.