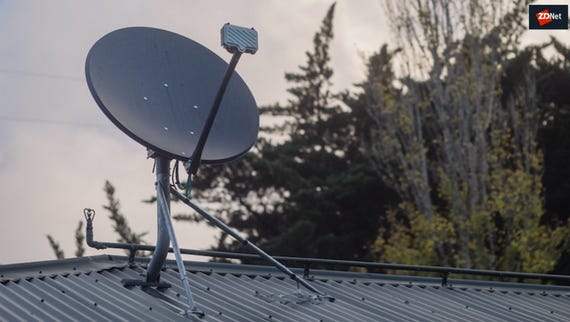 The company rolling out Australia's National Broadband Network (NBN) has announced that Telstra, Vocus, and TPG have begun trialling its NBN Enterprise Ethernet, which is aimed at delivering 1Gbps symmetrical speeds to users.

The enterprise-grade solutions will provide "increased service and activation support" for government and large business customers when they launch in Q3 2018.

"In the early stages of the trial, participating phone and internet providers will identify a number of business customers with varying construction and broadband requirements, where our focus will be on testing the infrastructure design and build."

According to NBN, its new business division will work with the three retail service providers during the trial to ensure the cost-effectiveness and quality of the enterprise product, which is aimed at enabling virtual private networks (VPNs), cloud solutions, and several voice lines.

"The trial will give retailers the opportunity to provide feedback on the design and delivery of the product," he added.

NBN had announced in November that it would be accelerating the launch of its wholesale enterprise products and services, including an Ethernet product providing symmetrical speeds of up to 1Gbps.

At the time, NBN had said the product would be in market by the end of 2018.

NBN had also said it developed a team to support businesses in their migration to the NBN, with the team to provide dedicated case management.

"Enterprise engagement teams and field technicians will be established to work closely with phone and internet service providers to ensure a smooth transition, particularly for moving special services such as Ethernet Lite and ISDN to the new network," NBN explained last year.

"Complex and multi-site migrations will be project managed between NBN Co and the service provider."

NBN had also announced a new "industry engagement" partner program to provide training for its vendors and consultants.

"A new partner program targeted at the ICT industry ... will offer training and accreditation for technology providers and consultants to educate business customers about what they need to do to connect to the new network as well as information on applications which can support their business over fast broadband," the company said.

NBN is also planning to introduce tailored pricing on its wholesale business products, including the capped pricing model announced in October.

NBN's spending cap across high-bandwidth business products -- its Traffic Class 2 wholesale product offered over its fibre-to-the-premises (FttP), fibre-to-the-node (FttN), and fibre-to-the-building (FttB) networks -- will see pricing based on the amount of bandwidth purchased by retail service providers (RSPs) each month.

"The provision of wholesale business-grade services over the Sky Muster satellites has been a part of NBN Co's product roadmap since 2014," the company said.

"It will be complementary to NBN Co's existing retail Sky Muster satellite offering and will not impact residential services."

Enterprise services are expected to begin on NBN satellites from early 2019.

Documents published by the ABC have shown what the Australian government was expecting in terms of NBN funding arrangements and negotiations with Telstra back in 2009.

Subsidising the fixed-wireless and satellite networks with a regional broadband levy and SIP requirement will ensure the NBN and USG initiatives provide broadband access to all Australians, the government has said.

Over the five months since its last updated number, NBN has purchased a further 1,600km of copper.

The government has not supported many recommendations by the joint standing committee on the NBN, including to increase fibre to the premises and fibre to the curb out to a greater portion of the population.