I got my paper copy of (US) Foreign Policy magazine in the mail yesterday and was startled by Philip Longman's cover story 'Old World', which details how global population is rapidly getting older......It's true that the world's population overall will increase by roughly one-third over the next 40 years, from 6.
Written by Oliver Marks, Contributor on Oct. 19, 2010 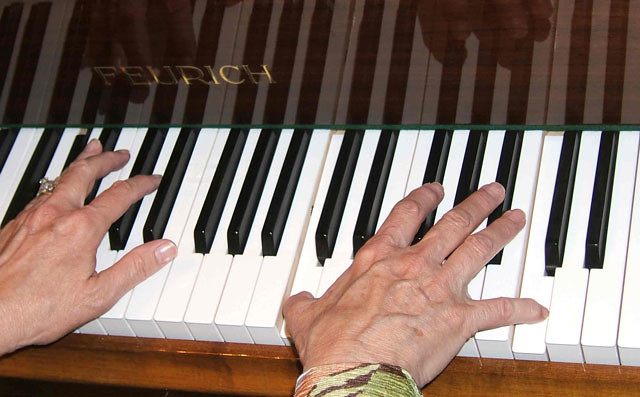 I got my paper copy of (US) Foreign Policy magazine in the mail yesterday and was startled by Philip Longman's cover story 'Old World', which details how global population is rapidly getting older...

...It's true that the world's population overall will increase by roughly one-third over the next 40 years, from 6.9 to 9.1 billion, according to the U.N. Population Division. But this will be a very different kind of population growth than ever before -- driven not by birth rates, which have plummeted around the world, but primarily by an increase in the number of elderly people. Indeed, the global population of children under 5 is expected to fall by 49 million as of midcentury, while the number of people over 60 will grow by 1.2 billion. How did the world grow so gray, so quickly?

Despite the global recession, the implications of an increasingly geriatric, unhealthy workforce has major implications.

The prevailing wisdom in the 'shiny new thing' obsessed tech world is that you 'don't want to mess with early adopters' according to an Ad Age/Yahoo sponsored Laura Rich authored white paper from March of this year, ('What Digital Adopters Want, How to Reach Them, and Why Every Marketer Should Pay Attention') which discusses the US geek market and breaks folks out into subsets in time honored analyst style. Outside of this technology and broadband/mobile global enthusiast base of people facile with new technologies, who get the dynamics and momentums of where technology is heading and why, the vast majority of the planet struggle to keep up with digital evolution. This majority are the workforce who are expected to master new tools and technologies and who are heading into an old age crisis, although maturity doesn't necessarily mean technophobia, since 'digital adopters' are spread across all age groups. Many people do struggle with unintuitive technologies however, and you only have to look at Apple's numbers to realize the enthusiasm level for easy to use interfaces and elegant industrial design - from Sam Diaz's post on ZDNet yesterday

...To put Apple’s $20 billion in quarterly revenue into perspective, consider that Wall Street is expecting $19 billion in revenue from Microsoft in the seasonally strong December quarter while Google is expecting revenue of $21.6 billion for all of 2010. Now Apple is projecting fiscal first quarter sales of $23 billion.

I'm seeing huge demand for Apple iPads and iPhones in the enterprise with clients, and this was echoed at analyst firm Gartner's Symposium yesterday, where according to Larry Dignan

...this year’s flavor appears to be Apple. “Everyone is trying to figure out supporting the iPhone and pondering the iPad,” said one IT exec in the crowd. In addition, the majority of the room—90 percent or so—in a show-of-hands vote said that IT should actively support Apple products.Not bad for a company that doesn’t actively target the enterprise or support it. Gartner fashioned its Apple riff as a debate with voter participation. The biggest takeaway is that technology managers want Apple to support its products in the enterprise.

Putting the above together and taking Longman's crystal ball predictions of a rapidly aging population literally, there appears to be an urgent need for easier to use information technology, and which also casts a different light on Cisco's heavy emphasis on selling pervasive, persistent video services. There is a relatively small enthusiast userbase for services such as Twitter, which peaks during prominent events.

... a record was set during the 2010 FIFA World Cup when fans wrote 2,940 tweets per second in the 30 second period after Japan scored against Cameroon on 14 June 2010. The record was broken again when 3,085 tweets a second were posted after the Los Angeles Lakers' victory in the 2010 NBA Finals on 17 June 2010.[26] When American singer Michael Jackson died on June 25, 2009, the Twitter server crashed after users were updating their status to include the words "Michael Jackson" at a rate of 100,000 tweets per hour.[27]

Easy to satirize as a constant self-affirmation megaphone and a social climbing frame, Twitter has a small subset of sophisticated users who are adept at using it to locate information and/or as an interactive and broadcast medium. Against the global population this usage is a rounding error, however, and while a far larger number of people use Facebook's simple social graph to stay in touch with relatives and friends, understanding of that medium, particularly around personal information security, is still very naive and unaware.
The challenges of leveraging the next generations of technologies after the initial 2.0 'social media' novelty marketing boom is over will be to get to a level of standardization like the piano keyboard or the landline telephone, a device which the vast majority of the planet can operate and interact through. Video would appear to be that medium, while the glacial pace of HTML web standards development has historically led to branching and fragmentation (the browser wars being a classic example).

....Imagine a society in which the family is no longer just a consumer unit, but a productive enterprise. The society that figures out how to restore the economic foundation of the family will own the future. The alternative is poor and gray indeed.

Given that modern families, like modern business, are increasingly distributed, we can look at the innovation from companies like Apple and Cisco in a new light as enablers to the new (older) generation.
Edit: The New York Times also has an article 'As Populations Age, a Chance for Younger Nations' by Ted Fishman which has further perspective on world population aging.
(Piano hands image from BarbaraG Pianoworld)