Gestured-based user interfaces on smartphones first appeared in 2009 and nearly a decade later we see manufacturers making a move back to a button-less interface.
Written by Matthew Miller, Contributing Writer on Jan. 31, 2018 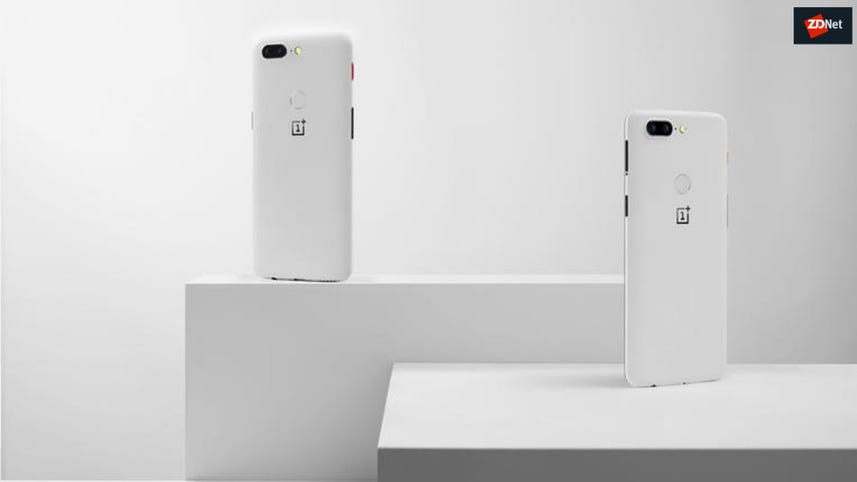 One of my favorite CES years ever was 2009 when Palm announced WebOS and the Palm Pre. WebOS was a stunning gesture-based UI and gave us all a glimpse of the future.

Unfortunately, Palm failed and WebOS moved to appliances. In 2011, we saw MeeGo on the Nokia N9 followed by BlackBerry 10 on the Z10 in 2013. These gesture-based operating systems were also enjoyable to use, but didn't take the world by storm.

Last year Apple launched the iPhone X and everyone seemed to forget the history of smartphone-based gesture-driven operating systems. Normally, I use a new iPhone for a month or so and then move back to Android, but this year the gesture-based UI and other features of the iPhone X have kept it in my pocket as my daily driver for months. I believe these types of user interfaces are the future and I'm fine leaving the buttons behind.

We are seeing fewer physical buttons on Android phones too and with the latest Open Beta 3 of OxygenOS, we see the ability to bypass the traditional three buttons on the bottom (back, home, and recent apps switcher) and explore a gesture-based interface with Android Oreo. Android Central provided the heads-up on this beta software and also has some photos and details on this new way to interact with the OnePlus 5T.

I have personally only used this new beta software for a few minutes to explore some of the gestures and plan to test it more over the next few weeks. To enable the gesture controls, go into Settings>Buttons and then toggle on the option to Hide the navigation bar. An interactive tutorial will appear to help you figure out how to navigate the OnePlus 5T without using the three Android buttons. The gestures included:

The gestures are quite simple and as you can see they closely match the experience found on the Apple iPhone X. Huawei has a weird button that can be added and placed all over the display to interact with and after trying it for weeks I hid it and never plan to use it again. The method used by OnePlus feels good and I think it is something I will use regularly. It will be interesting to see if this is the future of Android.

If you are interested in testing out this new way of using your OnePlus 5T and understand the implications of using beta software that can break things, you can find the instructions for installing the Open Beta on the OnePlus forums.