The MacBook Pro is not the root of all evil

Apple's sleeker laptops do not show that Apple has lost its way. They embody the Apple way.
Written by Ross Rubin on Nov. 7, 2016

What fury hath Apple wrought with the new MacBook Pro? Its latest notebooks feature a thinner, lighter faster version of a flagship that out-Airs the MacBook Air -- one with an updated display, the latest port technology, and a trackpad large enough to be used as a skating rink. Furthermore, its higher-end models offer the Touch Bar, perhaps the most intriguing notebook user interface device since the trackpad's debut.

And yet, the new MacBook Pros couldn't draw more consternation if each came preloaded with a certain real estate magnate's tax returns and a former Secretary of State's deleted e-mails. Most of the complaints stand on three pillars:

1. "Apple is ignoring the high-end of its market by not supplying the MacBook Pro with the components that high-end creative professionals and developers need."

Rarely in Apple's history has the company won praise for stuffing its computers with the highest-performance processors, graphics chips and memory configurations. The company has drawn more ire for not allowing an upgrade to 32 GB of RAM. While Apple may well offer high-memory configurations in the future, it must be convinced that there's enough market demand for such a product given the MacBook Pro's already high prices.

The MacBook Pro may not be aimed at the highest-end creative professionals but Apple's user base is diversifying, particularly as the company sees more success in the enterprise via its partnership with IBM and Cisco. Indeed, it is far more likely that some commentators, not Apple, have no idea who the Mac is for."

2. "The Touch Bar is a silly and expensive distraction that wouldn't be necessary if Apple would just put a touch-screen on a Mac."

That Apple continues to avoid putting a touchscreen on the Mac should come as no surprise to anyone who has followed both its reaction -- and the market's reaction -- to touch-enabled laptops.

Yes, Surface sales continue to grow. But even Microsoft accepts that the Surface tablet is not a complete substitute for a notebook, hence Surface Book. Adding touch to a notebook begins a slippery slope of tradeoffs that different PC companies have addressed in different ways, but essentially come down to the bulk and awkwardness of a convertible versus the latching and weight distribution issues of a detachable.

See also: Apple has been outsmarted by Microsoft | Apple slashes adapter prices to ease MacBook Pro port pain | Just how 'pro' is the new MacBook Pro? Not very | Is that a PC on your desk? Windows hybrids, Macs and iPads struggle for share

The Touch Bar is narrow and, as I've written, no intended substitute for the large digital canvas of the Surface Studio or even Apple's iPad Pro. It is, much like Saturday Night Live's David S. Pumpkins, "its own thing" that brings controls off the screen and closer to your hands -- again, exactly in line with what Apple has described as a disadvantage of touch-screen clamshells.

But it's not merely a row of soft buttons. It offers new ways to slide through choices -- extended contact that would not be practical with a touch screen, at least when used in a traditional clamshell orientation. And it also opens the door to new interface combinations with the trackpad, although this may take some time to both materialize and adopt.

3. "The ports require too many dongles and I no longer have the SD card reader/USB-A connector/9-pin serial port I really use."

Does the Mac still matter?

In an exclusive interview, a trio of Apple execs outline why the Touch Bar is better on the MacBook Pro than a touch screen.

As Apple acknowledged during its keynote, the new MacBook Pro continues down the path of the 12" MacBook (truly its new MacBook Air in hindsight). With that model, the company uniformly embraced the USB-C connector and ushered in what will be, for some time to come, a new era of dongles. But while the MacBook Pro stands to multiply those add-ons by adding three more USB-C ports, this is certainly preferable to sharing one port with power, as the 12" MacBook must. Both are legacy-free designs.

When you buy a Mac, you are not just buying a productivity tool. You are buying a product that exists as an expression of Apple. It is the choice of one company that must cater to a broad audience with a number of models limited by design and necessity. It is a choice of a company for which form matters as much as function. Apple may only devote a few minutes to describing the thinner, lighter design of the new Mac but you can bet there were thousands of hours of engineering that went into it.

There is no apologizing for Apple. The round of complaints around the new MacBook Pro question the same priorities that has driven Apple for years. Mac users now take many of these for granted. Why can't I write to NTFS volumes? Why can't I change the battery? Why can't I upgrade the storage with a standard SSD? But in every case, customers have voted with their dollars -- not just accepting Apple's product tradeoffs but continuing to pay premiums for them at a rate that has far exceeded PC market size growth. And based on comments from Apple marketing chief Phil Schiller, they're lining up to do so in record numbers.

Apple, like all companies, sells products, not sets of check-off items. Do those complaining about USB-C dongles, for example, really think that at some point USB-A ports won't disappear from virtually every new flagship laptop? Of course, that will take time. But, just like when Apple embraced USB originally, USB-C peripherals won't come until companies like Apple make the stand of forcing its adoption. Indeed, in many cases, those protesting some Apple shift such as removing legacy ports are not avoiding the acceptance of Apple's Mac decisions, just delaying it. Even if, as relatively few do, they abandon the Mac. 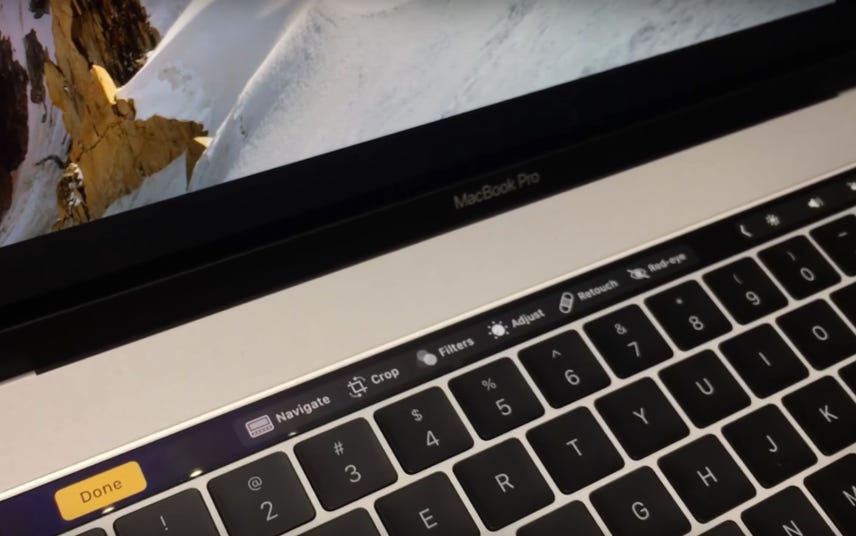