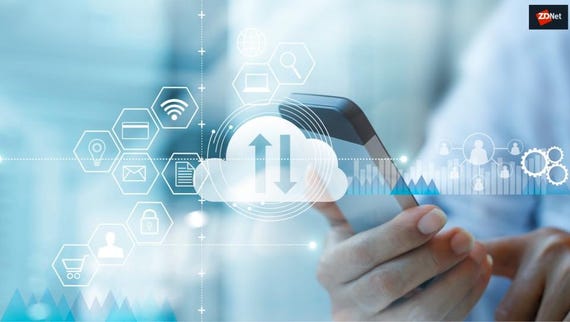 SUSE, a Platinum member of the OpenStack Foundation, may have left the open-source, Infrastructure-as-a-Service (IaaS) OpenStack cloud, but the project is going to move forward with the forthcoming 20th release of OpenStack: Train.

That's because while SUSE may no longer find OpenStack profitable, others are finding it works well for them and for their customers. "OpenStack is the market's leading choice of open-source infrastructure for containers, VMs and bare metal in private cloud," said Mark Collier, COO of the OpenStack Foundation in a statement.

"Looking forward to 2022, market watchers like 451 Research see an emerging $7.7 billion market for OpenStack products and services and $4.3 billion for application containers," continued Collier. "As the overall open-source cloud market continues its march toward eight figures in revenue and beyond, it's clear that the OpenStack and application container markets are advancing hand in hand."

That's not just Collier whistling in the dark. While some people believe that OpenStack is losing ground to Kubernetes as a vital part of the cloud, the two actually work well together. A recent OpenStack user survey found "Kubernetes remains the top framework among container and PaaS tools used to manage OpenStack applications. OpenStack and Kubernetes are increasingly deployed as complementary technologies, especially in multi-cloud scenarios."

This makes sense. Kubernetes, more often than not, runs on virtual machines (VMs) and OpenStack is the most popular VM-oriented IaaS.

OpenStack users also value independence from public cloud vendor lock-in. 83% of its users turn to it because it frees them from relying too much on any single public cloud. Indeed, OpenStack users often rely on public clouds such as Amazon Web Services (AWS) (44%), Microsoft Azure (28%) or Google Compute Engine (GCP) (24%). The average user said that 58% of their infrastructure was OpenStack powered.

In addition, one reason why OpenStack's reach may be invisible to some users is that at least half of OpenStack deployments are in China. There, Huawei, 28%, and EasyStack, 22%, account for 50% of deployments. Outside of their market, Red Hat with 20%, Canonical, 16%, and Mirantis, 5%,   are the dominant players. SUSE with 3% was tied with multiple others.

So, OpenStack continues to move forward with an estimated year over year growth rate of 20%. It currently powers more than 75 public cloud data centers and thousands of private clouds at a scale of more than 10 million compute cores.

To keep this advancing, Train, the 20th version of the most widely deployed open source cloud infrastructure software, will be released on October 16th. It has three areas of improvement:

Enhanced security and data protection
● Support for software RAID: Ironic bare metal service protects services from disk failures. CERN, the European Organization for Nuclear Research, led the upstream development of this feature and has already put the feature into production on over 1,000 nodes.
● Hardware-based encryption: Nova, OpenStack's compute functionality, features a new framework supporting hardware-based encryption of guest memory to protect users against attackers or rogue administrators snooping on their workloads when using the libvirt compute driver. This feature is useful for multi-tenant environments and environments with publicly accessible hardware.
● Data protection orchestration: Karbor adds events notifications for plan, checkpoint, restore, scheduled and trigger operations. This feature allows users to back up image boot servers with the new added data which is located on the root disk.

● Accelerator Lifecycle Management: In the Cyborg, formerly Nomad, project, the Cyborg-Nova interaction spec creates a blueprint for launching and managing VMs with accelerators such as GPUs.

● The Train release completes the transition of the Placement capability into a standalone service. This enables you to launch Apache, nginx or other Web Server Gateway Interface-capable web servers faster. In Train, service response time is 0.7 seconds down from 16.9 seconds in the earlier Stein release.

Put it all together and it's clear OpenStack is alive, well, and still improving.

Join Discussion for: The OpenStack Train keeps chugging on