The new MacBook Pro is thinner and lighter than its predecessor and even the MacBook Air that it replaces. But what really sets it apart from previous designs -- and indeed other laptops -- is the Touch Bar, a thin strip of iPhone-like goodness that takes the place of the function keys on the Mac keyboard. For all but the most purist IBM 3270 terminal emulation users, it's a vastly better use of that prime notebook real estate.

But if Microsoft's plans had succeeded, many Windows laptops today would have a small second display. Announced as part of the feature set of Windows Vista more than a decade ago, Windows SideShow was a small display that used Gadgets' small widget-like apps that lived on the side of Windows Explorer.

One of its primary intended uses was conveying status information about, say, the number of unread e-mails, upcoming calendar appointments or the weather, a feature we take for granted today in lock screen notifications. Microsoft described it as a technology that "enables you to view content from your PC on device displays which are not primary or secondary monitors."

Unlike the Touch Bar, which is tightly integrated with the app experience, SideShow was often implemented to convey information when the PC was in a sleep mode. The first example of this was the ASUS W5Fe, which integrated a SideShow display into a hump on its lid in 2006. But SideShow displays could appear on other devices as well. It could be built into the cases of tower PCs. One company even sought to make a remote control that used it, presaging the advanced digital screen interfaces of some modern Logitech Harmony remotes.

SideShow and Apple had another point of historic overlap as well. The feature used technology from a company called PortalPlayer, which had previously powered the interface of a gadget called the iPod.

There was at least one non-Microsoft implementation of the concept as well from FlipStart, a company funded by Microsoft co-founder Paul Allen that produced a palm-sized Windows PC. A CNET review noted, "This two-inch screen syncs to Outlook and can display your e-mail while the lid is closed. The screen is extremely small (and works only with Outlook, not Outlook Express or other programs), so its usefulness is questionable."

While SideShow was often discussed in the long run-up to Windows Vista, the ASUS WFe shipped in 2006. The FlipStart debuted in March of 2007, just a few months before the iPhone pioneered multitouch in a consumer device. SideShow displays typically needed to be navigated with a set of buttons. Very few PCs ultimately used SideShow. It added cost and potentially thickness to the device, and there weren't a lot of useful gadgets. Ultimately, our smartphones became our primary notification devices.

Microsoft discontinued support for the little screens in Windows 8.1. But were Microsoft making its own devices as they do now, it might have kept the SideShow torch burning long enough to evolve into something that was a more active part of the computing experience. 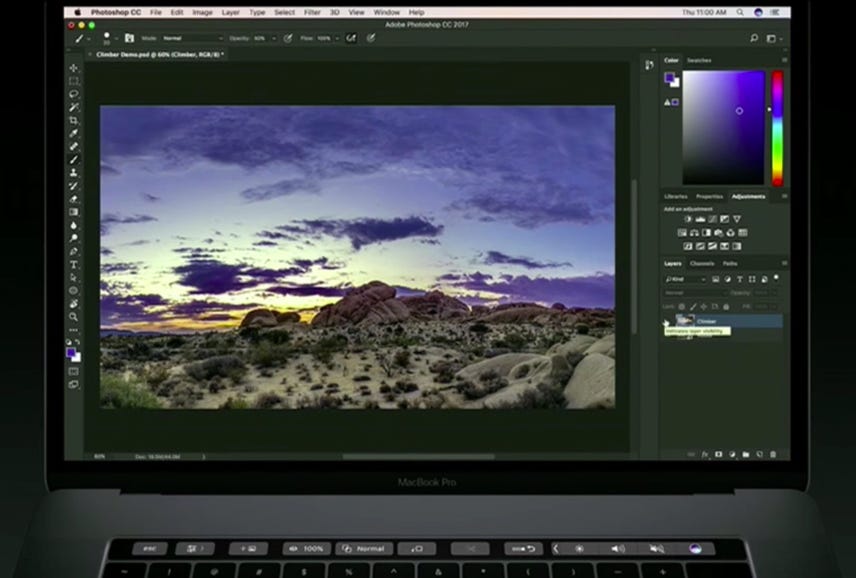