Customers of Three UK can now call, text and use data in seven countries without incurring some hefty roaming charges.

If a Three UK customer travels to the US, they can still expect to pay a hefty £3 per MB for data, but the operator's new 'Feel at Home' pricing abolishes those charges for UK customers traveling to the Republic of Ireland, Australia, Italy, Austria, Hong Kong, Sweden and Denmark. 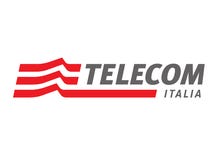 Telecom Italia-Three merger prospect fading A meeting of Telecom Italia's board isn't expected to signal the starters gun on a union between the two Italian operators, with stumbling blocks likely to consign the possibility of a merger to the scrapyard.

Normal UK rates apply regardless of the network that a device connects to upon landing in any of the countries and the offer stands for customers on a Three contract, SIM plan, pay as you go, mobile broadband and business customers.

While it does support more liberal use of data abroad, Three is only abolishing roaming charges on call and texts to the UK. Calls and texts to numbers at the customer's location abroad are charged at normal roaming rates.

Data usage does come with some limitations. Customers won't be able to tether the device while abroad and, since the package is meant for travel rather than permanent departures, if the phone is not used within the UK for a period of three months in a 12-month period, the phone cannot be used abroad any more.

Also, streaming and connecting to a VPN in one of the seven countries will be slower than at home and if the user exceeds 25GB data in a month, 5,000 texts or 3,000 voice minutes, they will be disconnected. More conditions are detailed here.